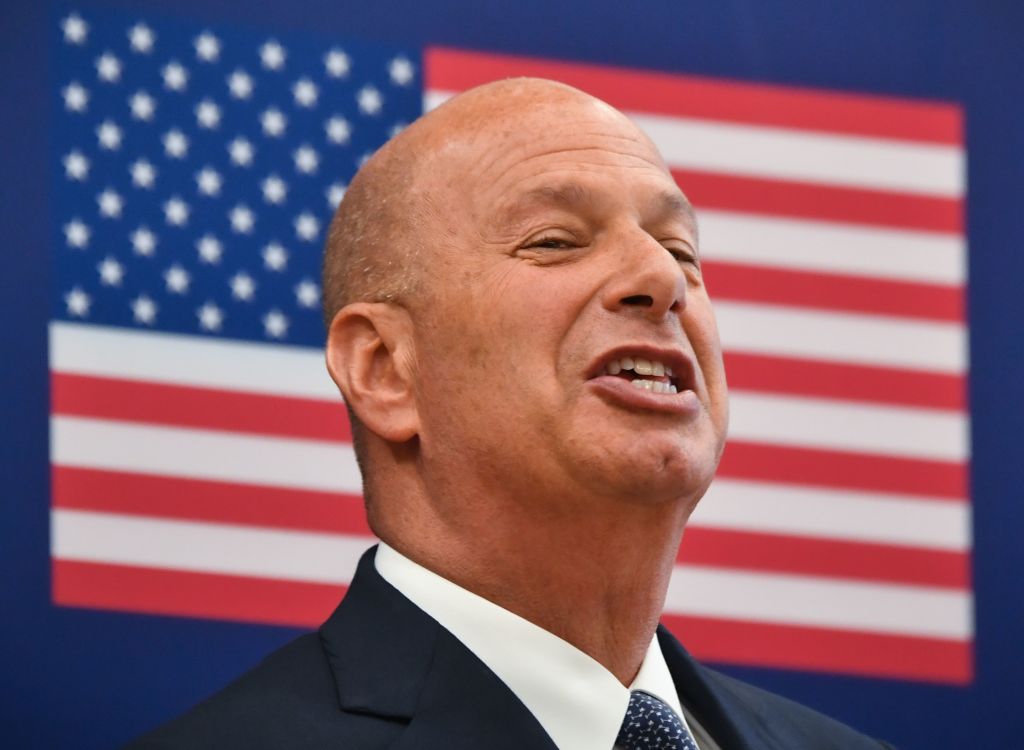 Gordon Sondland is reportedly backing away from President Donald Trump‘s “no quid pro quo” characterization of his text conversations with the top U.S. diplomat to Ukraine.

Sondland, the former hotelier-turned-Trump donor-turned-U.S. ambassador to the European Union, was launched into the heart of the Ukraine scandal this week when the Trump administration ordered him to not testify for the House’s impeachment inquiry. Sondland would have presumably faced questions about the text messages revealing that he and former Ukraine envoy Kurt Volker were both involved in Trump’s efforts to pressure Ukrainian President Volodymyr Zelensky into investigating the Biden family.

In one of the texts Sondland wrote to former ambassador Bill Taylor about withholding military aid to Ukraine, Sondland said of Trump’s intentions that “the president’s been crystal clear no quid pro quos of any kind.” However, Washington Post reports that when Sondland testifies before Congress, he plans to say that he was repeating a denial from Trump at the time, and he doesn’t really know if the president was telling him the truth.

“It’s only true that the president said it, not that it was the truth,” said a source familiar with Sondland’s planned testimony.

Sondland will hold out the possibility that Trump wasn’t truthful in his denial of a quid pro quo as well as an alternative scenario in which the president’s interest in the scheme soured at a time when his administration faced mounting scrutiny over why it was withholding about $400 million in security assistance to Ukraine and delaying a leader-level visit with Ukrainian President Volodymyr Zelensky.

“Whether he’s deciding it’s getting too hot to handle and he backs off whatever his position really was a month earlier, I don’t know,” the person said of Sondland’s understanding.

Trump and his defenders have pointed to Sondland’s text lately in their efforts to argue that there wasn’t any quid pro quo in the president’s dealings with the Ukrainian government.

This comes despite Taylor’s text to Sondland calling it “crazy to withhold security assistance for help with a political campaign.”

The source who told the Post about Sondland’s testimony says that the E.U. ambassador plans to say that in the months before his conversation with Taylor, he was asked to secure “a public statement from Ukraine that it would investigate corruption, including mentioning Burisma, a Ukrainian energy company, by name.” In return, Zelensky would be granted audience with Trump at the White House.

“It was a quid pro quo, but not a corrupt one,” the source said.