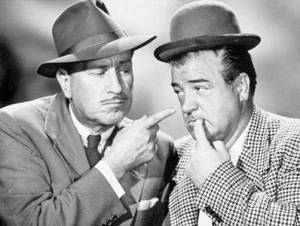 As countless police procedurals have taught us, one of the main rights Americans have if they are ever arrested is the right to remain silent. However, the Associated Press is reporting that a Supreme Court decision this morning has changed it so that one needs to vocally tell officers that you are invoking that right before it goes into effect. Yes, you now need to tell them that you don’t want to tell them anything. God, we wish Law and Order was still around to do a headline ripping episode about this.

The decision came in the case of Van Chester Thompkins, a Cincinnati man who was arrested for murder in 2000. Thompkins implicated himself in the crime after remaining mostly silent for three hours. He appealed his later conviction saying that, because he had purposefully remained silent for those first hours, he had invoked his Miranda rights and, therefore, anything he said after could not have been used. Police said that, because he didn’t say he was invoking his right to remain silent, they couldn’t have known.

If you think about the specifics of that case, the ruling makes sense. However, just reading the overview of the new rules makes one think that they were thought up by a sketch comedy writer. And, as any comedy writer knows, all good sketches need a straight man. In this instance, that role fell to dissenting judge Sonia Sotomayor:

”Criminal suspects must now unambiguously invoke their right to remain silent — which counterintuitively, requires them to speak,” she said. ”At the same time, suspects will be legally presumed to have waived their rights even if they have given no clear expression of their intent to do so. Those results, in my view, find no basis in Miranda or our subsequent cases and are inconsistent with the fair-trial principles on which those precedents are grounded.”

It’s not exactly as snappy as John Cleese complaining about his dead parrot, but she gets her point across. She was one of four dissenting justices in the 5-4 decision.

It’s an interesting case and one that, of course, reminds us of the Supreme Court’s landmark ruling on the MLB’s player naming practices.