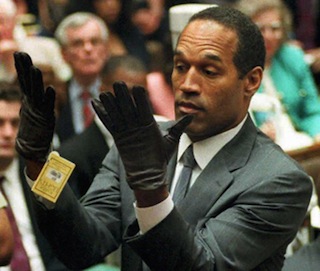 Last week, Winfrey made headlines by admitting that her dream for OWN would be to get Simpson to confess to the infamous murders on air to her. Pipe dream, right? Well, the Daily Mail says he actually did it. Or, at least, they’re saying that the National Enquirer said it. The strange thing is that we can’t find any mention of this in the National Enquirer.

So, is it complete hokum? Well… The Daily Mail has been known to get heads up on what the Enquirer is going to be printing. Still, you’d think, if the Enquirer really did get a scoop about, well, this scoop, that they’d be shouting it from the rooftops. Hell, they’d probably be stacking buildings on top of each other so that it’d be a doubly high rooftop.

However, there are so many details in the Daily Mail’s story, that it seems strange that they’d make up the Enquirer’s article wholesale.

“According to the National Enquirer, the interview is set to be filmed after Simpson confessed he killed the pair in self-defence to a producer from inside prison.

‘Oprah has been in touch with O.J. for the past year,’ a source told the magazine. She contacted him in prison to explore the possibility that he might give her an interview.

‘He has always been a big fan of hers, but for a long time he was reluctant to say he did the crime or give the details of how it happened.’

According to the insider, Simpson recently decided to go through with the confession after he was contacted again by one of Oprah’s producers.

‘He told the producer: “Tell Oprah that yes, I did it. I killed Nicole, but it was in self-defence. She pulled a knife on me and I had to defend myself”,’ the insider was quoted as saying.

He reportedly then went on to give a full account of what happened on the night of the murders on June 12 1994.”

Of course, if the Daily Mail is telling the truth, then it’s still just a story in the National Enquirer.

So, is this Oprah’s dream come true, or just a dream from an Enquirer writer’s imagination (or a Daily Mail writer…)? It’s hard to say. But, if you want to read something that’s probably just a detailed bit of accused murderer-fan fiction, grab a bucket of salt grains and head over here.

UPDATE: Shocker of shockers, our friends at Gossip Cop have poked a hole right through the middle of this story. No confession. Didn’t happen. Never.

Oh, well. I guess someone at the Enquirer just has a pretty grisly imagination. Of course, if I had to write about Lindsay Lohan’s legal troubles every day, I’d be making up murder fantasies pretty soon too. Lord knows I have enough problems writing about cable news!