The Zing-Off: Mitt Romney Should Abandon Debate Zingers (But I Hope He Doesn’t)
video

The Zing-Off: Mitt Romney Should Abandon Debate Zingers (But I Hope He Doesn’t) 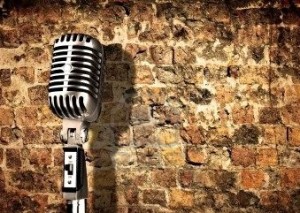 Until now, I’ve ignored the surreal spectacle of rival presidential campaigns trying to convince voters that their guy sucks (but only in this one debate!), and concluded that the first presidential debate will likely be a tense battle to see who can most completely personify that new purple Nyquil sleep agent, ending in a draw. If Republican candidate Mitt Romney decides to deploy the zingers he has reportedly been rehearsing since August, however, his side of the debate stage will more closely resemble the Hindenburg at a 4th of July picnic.

The New York Times reports that Mitt Romney’s team has “equipped him with a series of zingers that he has memorized and has been practicing on aides since August,” and Politico‘s Roger Simon has reportedly obtained a partial list of said zingers:

I know, I know, it’s weird how Simon’s list has all of those Mediaite links in it. Go figure.

In all seriousness, and at the risk that a member of Mitt Romney’s campaign might actually read this and follow some good advice for a change, don’t do it, Mitt. It’s true that these debates are a last. late opportunity to change the deadly poll-supported campaign narrative, but rehearsing zingers is not the way to do it. Debate game-changers are rare, and almost always spontaneous, whereas even the charming and likable Hillary Clinton couldn’t pull off the pre-planned zinger move.

During a February, 2008 Democratic primary debate, then-Senator Clinton had a zinger about Saturday Night Live all ready to go, in order to accuse the media of taking it easy on her opponent. Let’s see how that played:

Whatever you think of the underlying critique, the moment went over like a defective Predator drone, and even drew a few boos. It came off as exactly what it was: contrived and lame.

Now, I don’t think Mitt Romney is the debate train wreck that his campaign seems to think he is, but he’s no Hillary Clinton, and if Hillary couldn’t pull off a moment like that without seeming fake, what chance does a guy who sounds hinky when telling you his own name have? Finally, Romney has the added disadvantage of the reek of desperation, which he needs to avoid.

The zingers are out of the question, but more than that, Romney needs to concentrate on first, doing no harm. He’s already going to have his hands full with moderator Jim Lehrer, the opponent from whom he has the most to fear. If he can perform solidly against Lehrer, he will live to fight another day, and might luck into an Obama misstep. In fact, many pundits have pegged impatience and smugness as the pitfalls that President Obama has to avoid most, both of which are best encouraged by a steady stream of eyeroll-inducing talking points.

There’s also still plenty of time to go the desperation route. It’s too early at this point. This isn’t 2008, there are many more news cycles to win between now and November 6 than there were four years ago. If Romney’s smart, he’ll hold off on the zingers awhile longer. If the debate-viewing public is lucky, he’ll ignore this advice.