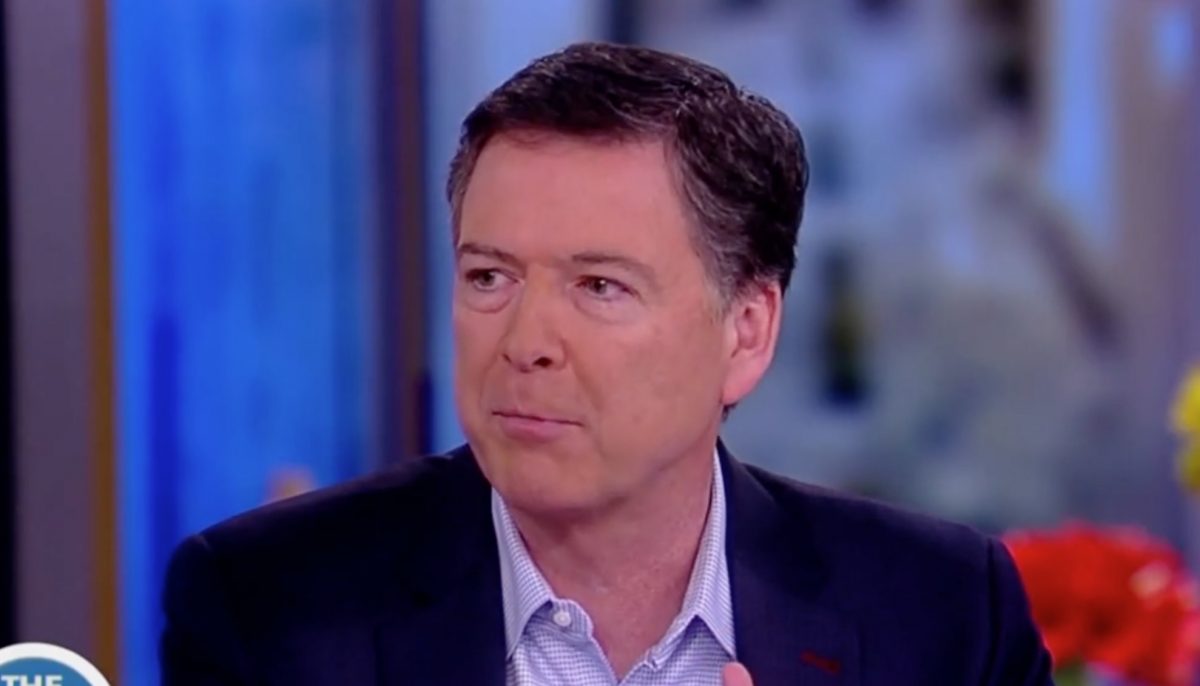 Everyone knew that, no matter what James Comey said on his book tour, the formerly conservative, and now essentially state-run, pro-Trump media was going to attack him. Their world, like something from the pre-historic cave man era, is rather simple: Trump good… those he not like… very bad.

What has been mildly surprising, however, is the level of criticism that Comey and his book have endured from media outlets and personalities who could never be called reflexively pro-Trump. What fascinating here is that, in general, their denigration has been rather trivial, nonsensical, and indicative of a massive double standard with regard to how Trump himself is evaluated.

Before the book was even out, Chris Wallace, one of the few voices on Fox News with any remaining credibility on Trump, called it “bitchy” because there are a couple of minor passages about Trump’s appearance and hand size in it. This despite the fact that there was nothing inaccurate about what Comey said about this president who has regularly ripped people for their physical appearance in far more inappropriate ways.

Bizarrely, even Savannah Guthrie of NBC (where, unlike Wallace, she feels no pressure from the Trump fans in the audience to at least throw some shade at Comey) did basically the same in her interview with the former FBI chief. In response to this rather inconsequential critique Comey, in classic Comey style, has admitted that he probably made a mistake by even mentioning that stuff, even in the rather benign fashion that he did.

Guthrie also confronted Comey about something that, while legitimate and substantive, is also rather misguided. That is the issue of why Comey did not immediately tell Trump that he was completely out of line when he perceived that he was attempting to get him to pledge personal loyalty, and obstruct justice in the Michael Flynn case.

This concern, which at first glance seems very reasonable, is remarkably devoid of any realistic analysis of the situation Comey was facing at the time. First, there was the shock of what he thought Trump was doing. Second, there was the possibility that he was just misinterpreting Trump’s abject ignorance about how our government is supposed to work. Third, there was probably some self-preservation instinct as well as a fear that if he got himself fired that whomever replaced him would just be a dangerous Trump lackey.

In short, Comey was like someone in a romantic relationship who SUSPECTS their partner is cheating on them, but who is not sure about it until AFTER the breakup. It is only at that point when all the pieces of evidence suddenly fall depressingly into place.

Another rather strange line of attack on Comey, which I have seen from a lot of even Trump-skeptical conservatives, is that his entire book is inappropriate because he is acting the part of political commentator rather than that of apolitical FBI Director. Do these people not realize that Comey is the FORMER FBI Director, and is now a private citizen with every right to express his opinions?

It is absolutely hilarious that when it comes to standards of speech and general decorum that Comey, the FORMER FBI Director is being held to a far higher standard than our CURRENT president of the United States. So Comey gets slapped for saying Trump is morally unfit to be president, but it’s perfectly fine for Trump to call the guy he roundly praised and effectively re-hired as FBI Director a “lying slime ball (sic)”?!

That is just nuts.

Even portions of the public have fallen prey to this dramatic double standard. Frank Luntz (who, based on my multiple personal interactions with him, I consider to be a total fraud) did one of his inherently bogus focus groups where the criticism of Comey was literally laughable, especially given that he is essentially in a war with a president who disregards all the normally accepted rules of engagement.

Some of them even found Comey to not be credible in his original ABC interview because he wasn’t sure where he was on election night. While admittedly odd, what do these people think that he was hiding?! That he was really at Hillary Clinton Headquarters (just after essentially having torpedoed her campaign)?!

Finding Comey lacking in reliability based on this this level of specious scrutiny, especially when being judged against a known pathological liar like Trump, is like being repulsed by a guy who accidentally farted, while ignoring the one who regularly defecates in public.

The ultimate proof of this obvious and dramatic double standard came yesterday when the CURRENT president of the United States tweeted, in direct contradiction to his own declarative comments he made in a national television interview, that he did not fire Comey over the Russia investigation. If Comey had ever contradicted himself anywhere near that overtly, the condemnations of him and the book would be very legitimate, and would have been FAR more intense than what Trump received from a media which has long ago become desensitized to his lying and general insanity.

The lesson here is that, while obviously very flawed, Comey is an honest and ethical person. These types of people tend to make others, especially those who are not very principled, extremely uncomfortable about themselves. This is the primary reason why they must be destroyed, even when it means that the bad guy wins, and the good guy loses.