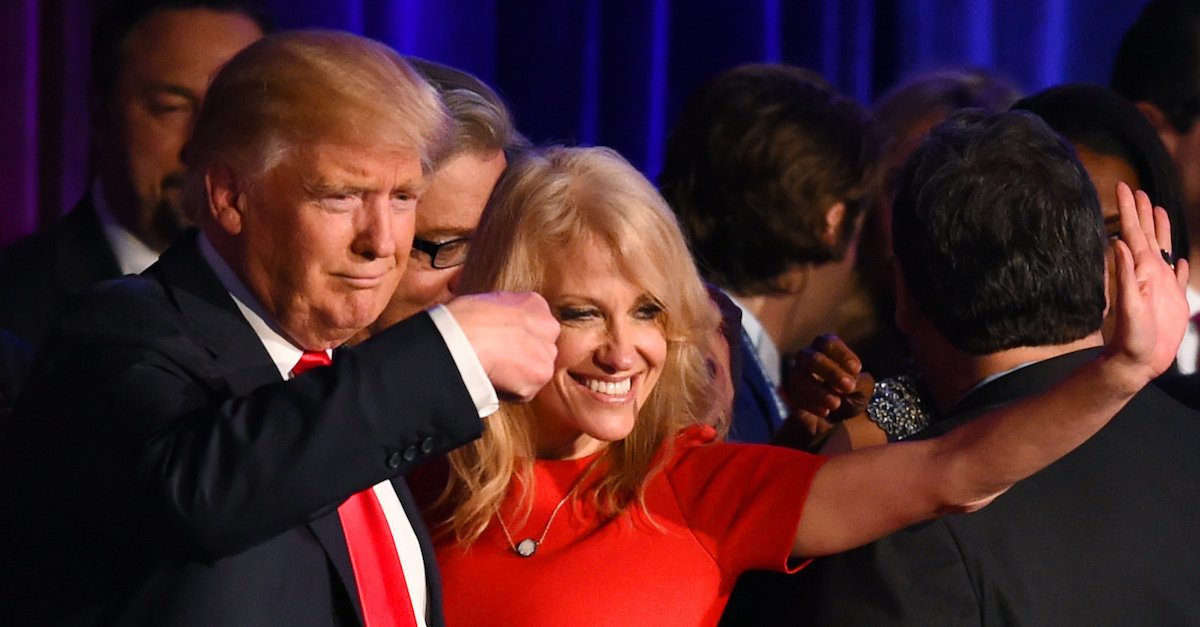 A new interview with Donald Trump includes a moment where the president scolded Kellyanne Conway for not telling him Bob Woodward wanted to speak with him when he wrote Fear: Trump in the White House.

In a conversation with Yahoo’s Alexander Nazaryan, Trump gushed over numerous members of his cabinet while acknowledging there have been “some clinkers” in his administration. Nazaryan reports that Conway sat in for this interview, and she remained present when the conversation shifted and Trump turned his ire towards negative books written about his presidency.

After calling Michael Wolff “a dopey guy,” and apparently mixing up Fire and Fury with William Faulkner‘s The Sound and the Fury, Trump started bashing Conway for not telling him Woodward wanted an interview as the Washington Post associate editor drafted his own book.

Here’s how Nazaryan described the moment:

Conway just sat there, taking it as she has doubtlessly taken it from the boss many times before. You couldn’t last in this administration unless you were willing to take it daily, take with a smile and a “yessir,” take it even while knowing that much of the country loathed you, considered you complicit in one of the great political crimes in American history. And you would take it in this way that Conway was taking it now only if you truly believed in the man who was giving it, in his vision for the country.

When Fear was about to be released last year, Washington Post released audio of a phone call in which Trump asked Woodward why he didn’t reach out to him for comment. Woodward explained that he tried to reach him through Conway, Senator Lindsey Graham (R-SC), and other official figures, but he never got through, and Trump said: “[Conway] should’ve come to me.”

[Photo via Timothy A. Clark/AFP/Getty Images]