View From the Digital Iceberg

View From the Digital Iceberg 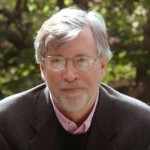 To hear Arthur Sulzberger Jr., tell it in New York Magazine following the Oct. 26 benefit for The News Literacy Project, the “critical flaw” of the RMS Titanic was not iceberg detection, not an inattentive crew, not a shortage of lifeboats, not overestimating the ship’s construction, nor underestimating the staying power of ice. It was this:

This is the so-called Titanic Fallacy, which is aptly named. Tell it to the 1,517 people who died in the water that night, several hundred miles short of New York.

I really wish he had kept that analogy to himself. With all the digital cheers going up around the deathbed of print, the media world does not need a pinch of snuff-porn, any more than it needs a Sulzberger Happy Meal.

The truth lies where it so often does, somewhere between hope and despair. But the outlook for media today is a lot better than the future for luxury cruises was in 1912. It’s bracing, to be sure, but in the way a good long run or a complex, stimulating book can be.

Consider, for example, Elizabeth Eisenstein’s magisterial two-volume work, “The Printing Press As Agent of Change” (Cambridge University Press, 1980). I’m in the middle of reading it now, and it is a long, bracing run indeed—a minute and skillful examination of just how massive the disruption was, a story previously taken for granted by historians but never so exhaustively studied and eloquently told.

All that is commonly remembered now of that fundamental shift is that reading became more common and knowledge more widespread. We do not mourn the monks whose craft and art of illuminating manuscripts was torn from their hands by that revolution.

Neither should we mourn the printers or print publishers of today. Instead, we should applaud the digital shift, which is actually fulfilling the manifest destiny set out for information by Gutenberg’s bright idea in the 15th Century.

Thanks to the digital revolution, there are millions more people consuming news and information than ever before. As Moore’s law works 24/7 to double the capacity of new devices, the much-rumored Apple Tablet, said to be coming out in a few months, will be just the ancestor of a new generation of digital hardware that will bring text, movies, music, motion graphics—all the tools of multimedia—off your desk and into your hands.

As that happens, the world of media will be transformed. In addition to inviting users to “lean forward” to find the information they want and need through search engines and databases, information on the Web—and more generally in the world of digital broadband—will encourage users to “lean back” and experience the new ways data can combine into coherent, narrative forms. Otherwise known as stories.

Maybe Sulzberger was misunderstood. Let’s hope so. Let’s hope he realizes how lucky he is that some of the media inventors with the Wright stuff are in the Times’s own multimedia department, doing the hard work of inventing the crafts and arts of digital story-telling and so our information future.

Any day now, he should get them out of the factory and let them fly.

Jim Gaines is the editor-in-chief of FLYPmedia, the first true digital multimedia publication. Gaines was the former managing editor at People, Time and Life magazines, and also served as the corporate editor of Time Inc. An advocate of storytelling and the widespread adoption of technology and multimedia within publishing, Gaines blogs about the evolution of the media industry at True/Slant.