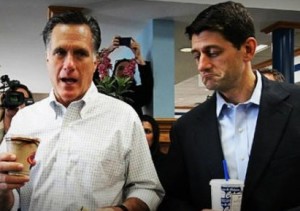 Not since CNN declared 1968-era France a “a dangerous place to be for a 21-year-old American” have I heard anything as remotely stupid as I did to day, nor had I ever hoped to. Wall Street Journal columnist Daniel Henninger has, however, stolen that crown from Gloria Borger‘s copywriters, and encrusted it with an extra layer of stupid zirconium™ by joining the Paul Ryan “Don’t liar-taze me, bro” campaign to immunize himself from his own lies, and positing that anyone who calls demonstrable liars Mitt Romney and Paul Ryan “liars” is just following in the footsteps of Adolph Hitler.

Henninger starts out with a few paragraphs fluffing up the very, very few instance of anyone in the Obama campaign using any form of the word “lie” (he found two, neither of which was “liar”), which I just got through arguing they ought to do more of, and, bewilderingly, gives an example of Barack Obama not lying as proof that Mitt Romney is no liar. I guess?

He also talks about how “ugly” the word is (suggesting that “Politics isn’t beanbag, but politicians past had all sorts of devices to say or suggest an opponent was playing fast and loose with the truth”), and how it’s a “serious and rare charge,” or at least, it was before Adolph Obama took over:

The Obama campaign’s resurrection of “liar” as a political tool is odious because it has such a repellent pedigree. It dates to the sleazy world of fascist and totalitarian propaganda in the 1930s. It was part of the milieu of stooges, show trials and dupes. These were people willing to say anything to defeat their opposition. Denouncing people as liars was at the center of it. The idea was never to elevate political debate but to debauch it.

This is not just stupid in the way that most Hitler comparisons are stupid, but rather, in that it not only trivializes a historic tragedy, but demonstrates a complete ignorance of it. Hitler didn’t say that people were most susceptible to the “big fast and loose with the truth,” or other such euphemisms, and if there had been more people calling Hitler a “liar,” as ugly and serious as that is, well, maybe nothing would have changed, but it would have been the right thing to do.

There are things uglier than the word “liar,” such as the actual lies themselves. Mitt Romney is telling immense lies, which, I admit, does not make him Hitler, but it doesn’t make me Hitler for calling him out, either. Henninger is right that there are looser boundaries around the truth in politics than in other parts of American life, but Romney and Ryan have left those boundaries in the dust, both with the seriousness of their lies, and their frequency. They are liars, and it cannot be said enough.

Henninger seems to know this, since, in the 850 words he expends trying desperately to get Vice President Joe Biden not to call Paul Ryan and Mitt Romney “liars,” he never once argues argues that they’re not. That’s not the point. Even though lies don’t matter to the media anymore, they matter to voters, and a lot of them will be watching tonight. It’s not a coincidence that this campaign against the word liar comes just before Ryan has to face probably the only guy in the whole of the Obama campaign apparatus who has the political room to let it fly, and to make it stick