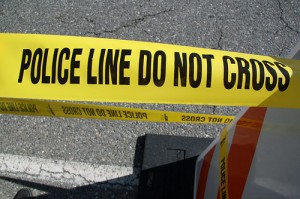 Joe Conason‘s report on Republican presidential candidate Mitt Romney‘s alleged impersonation of a police officer, profiled on Wednesday night’s The Last Word with Lawrence O’Donnell, may or may not be news, but it isn’t exactly new. Conason’s reporting fleshes out a theme corroborated by a fair amount of previous reporting, including the much-buzzed-about Washington Post profile that included disturbing tales of Romney as an anti-gay high school bully. Why is this a thing now, when it was ignored just four weeks ago?

According to the new report, from NationalMemo.com, a Stanford University classmate of Romney’s named Robin Madden (and his future wife, also a classmate of Romney’s) recalls the future Massachusetts Governor confessed to a habit of dressing up in a Michigan State Police uniform (which he laid out on his bed to show them) and pulling people over using a red flashing light that he attached to his car. But Conason’s report also acknowledges that Romney’s affinity for police prankery has been reported on before:

Phillip Maxwell, a prep school buddy, told the New Republic in 2008 that Romney had pulled over students from a girls school next door to Cranbrook while wearing a police uniform as a prank. Other former classmates described Mitt as a “happy-go-lucky guy known less for his achievements and more for his pranks.”

In The Real Romney, a biography published by Boston Globe reporters Michael Kranish and Scott Helman this year,another former friend recalled how Romney had “put a siren on top of his car and chased two of his friends who were driving around with their dates.” The two friends were in on the scheme, but the girls were not. There was beer in the car trunk, according to a prearranged plan. Mitt told his two counterparts to get out of their vehicle and into his car. Then they drove off, leaving the girls behind.

“It was a terrible thing to do,” said one of his accomplices, a Cranbrook classmate named Graham McDonald.

While there are probably lots of people who haven’t read The Real Romney, or missed that New Republic story, seemingly the entire political world pored over that Washington Post profile a few weeks ago (including me), yet somehow, they all missed this:

But in a well-known prank in which Romney flashed a police siren and, bearing a fake badge and cap, approached two friends and their dates parked on a dark country road, there was a stronger undercurrent of fear to the incident than commonly conveyed. Candy Porter, a Kingswood boarder from a small town in Ohio, had a strict 11 p.m. curfew. As Romney and his Cranbrook pals played out the joke, pretending to be shocked over empty bourbon bottles in the trunk, Porter thought of the dorm mothers waiting at the door and the threat of expulsion. “I just remember being like a deer in headlights,” she said. “I just remember being terrified.” Once she realized it was all a prank, and was safely back at her dorm, Porter joined in the laughter.

Why, then, is this supposed to be a big deal now, and what chance is there that it will be?

In the media’s defense, that WaPo piece provided an embarrassment of riches for political reporters and commentators, yet the focus on Romney’s forcible haircut blotted out everything else. The police prank was strange, but it was like an albino mouse sitting next to a Sasquatch.

Conason’s reporting, though, does add an extra layer to this. Lawrence O’Donnell was overselling a bit when he said Romney had a “fetish” for uniforms, but the specific detail of the state trooper’s uniform, laid out on the bed years after the prank everybody already knows about, ratchets up the weirdness factor considerably.

Whether the story catches on depends on what people think it reveals about Romney. In selling this story (by selling, I mean shaping its importance; The reporting itself is solid), Conason and O’Donnell use the uniform as the pivot point to Romney’s avoidance of service in Vietnam. It’s an obvious choice, but shallow; it doesn’t really track beyond that surface similarity.

The detail that is revealing is that the uniform was given to Romney by his father, George Romney, rather than being earned through skill and public service. That theme, the desire to wield unearned power, and a broader sense of entitlement, resonates much more strongly, and encompasses Romney’s avoidance of service in Vietnam. Romney’s support for the draft, even as he went on to avoid it, isn’t so much an indication of hypocrisy as it is of that sense of entitlement. Of course, Romney can support drafting other people’s children, husbands, and fathers to die in Vietnam, yet not go himself; that’s not what Romneys are for. No one suggests that a cattle rancher should submit himself for milking or slaughter, do they?

By the way, can we please stop referring to Mitt Romney’s time in France as “missionary work?” I know it’s technically correct, but when I think of missionary work, I think of people giving food and medicine to impoverished people along with their Bible lessons (and sometimes getting eaten for their trouble), not some rich dude living in France, knocking on doors and annoying people. I’m sure being an Amway recruiter for God is a tough job, but it doesn’t make you Mother Theresa.