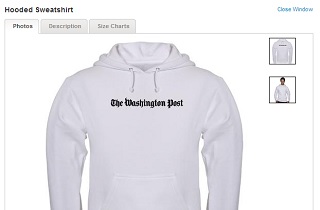 Washington Post columnist Richard Cohen is taking blistering, well-deserved criticism for his column on racial profiling, but an even worse problem is embedded in WaPo editorial page editor Fred Hiatt‘s defense of his decision to publish Cohen’s column. As despicable as Cohen’s attempt to normalize racial profiling is, Hiatt’s reaction is proof that, despite the alleged “progress” in race relations over the years, things have gotten worse in the one way that can still get you killed if you’re black.

Mediaite columnist Noah Rothman explained, in a column on Monday, how “Race Relations In America Improving Every Year, And The Media Hates It,” and while both premises in that headline are debatable (I’ve never heard anyone deny that there has been progress, or express “horror” that there has been, and I still haven’t), one of them is moot. “Improved relations” will always be impressive to the spider, less so to the fly. George Zimmerman‘s successful murder defense was an explicit validation of racial profiling, and its deadly fruits, as explicitly outlined by Zimmerman defense attorney Mark O’Mara.

That view has been echoed by the predictable likes of Geraldo Rivera, who has been banging the “realist” gong since just after Fox News discovered that Trayvon Martin had been killed. It’s also the linchpin of Mayor Mike Bloomberg‘s defense of the racist effects of Stop and Frisk. Richard Cohen’s column takes these concepts to eleven on the RAF (Racist as F*ck) Scale™.

Not only does Cohen argue that George Zimmerman’s racial profiling of Trayvon Martin is “understandable” (yes, he actually says that Trayvon was a “young man understandably suspected because he was black”), but takes the further step of calling anyone who doesn’t do it a “fool.” Cohen is part of a movement to not just normalize racial profiling, but to laud it. The “logic” behind this movement is not based in fact; Bloomberg, Geraldo, and Cohen all agree that it’s “reasonable” to suspect young black men, yet Bloomberg’s cops are wrong 90% of the time, and George Zimmerman was wrong 100% of the time.

This promotion of racial profiling is based on the same brand of racial “realism” that got John Derbyshire fired from The National Review. As Gawker’s Tom Scocca pointed out, it’s also nothing new for Richard Cohen, who wrote this in a 1986 WaPo column:

Especially in cities like Washington and New York, the menace comes from young black males. Both blacks and whites believe those young black males are the ones most likely to bop them over the head.

Here’s the problem, though. In 1986, The Washington Post apologized for that column, just as, a mere 15 months ago, John Derbyshire was fired for his truthy realism. Post-Zimmerman, though, here’s how The Washington Post‘s Fred Hiatt responded to criticism of Cohen, in an email to The Huffington Post’s Mike Calderone:

“If I had not published the column, just as many people would be asking why the Post can’t tolerate diverse points of view,” Hiatt said.

“I think if people want a ‘conversation about race,’ as is frequently suggested, they should be open to a range of views and perspectives. We already have published multiple such views — not only Richard Cohen’s, but Gene Robinson on the same page, Ruth Marcus and Jonathan Capehart and our own editorial the day before — and we’ve got more coming,” Hiatt continued. “If people don’t like a particular opinion, my feeling is they should respond to it, not seek to stifle it.”

Try not to be distracted by the drink you just spit at Hiatt’s invocation of “tolerance” in defense of the reasonableness of hunting down young black males. Philosophically, I agree that we are better off knowing what people like Richard Cohen really think, but that’s not the same thing as conferring legitimacy to it. In 1986, the paper knew enough to be ashamed of Cohen’s racist view, but in 2013, it’s just another part of “the conversation.”

That conversation is constantly distorted by the likes of Bill O’Reilly, who “misunderstands” apprehension at the Zimmerman verdict as an indication that the media thinks black people are being hunted down, en masse, by white people. The problem isn’t how many black children are being hunted down and killed by white people (although I would submit that one is too many). it’s that the Zimmerman verdict, and the “conversation” surrounding it, suggest that doing so is reasonable, and even commendable. The Washington Post‘s validation of that view is disgraceful, and an indication that “race relations” have gotten markedly worse for young black men who wish to remain alive.