Wash Times Gripes about NYT Jab, Actually Gets a Correction

Wash Times Gripes about NYT Jab, Actually Gets a Correction 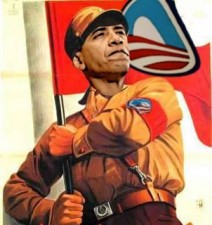 For the most part, New York Times reporters aren’t in the business of media criticism, which is why Times editors probably didn’t keep a statement classifying The Washington Times as “an outlet decidedly opposed to Mr. Obama” from going to print. The statement was clearly referring to views expressed by the Wash Times‘ editorial board, right? Because every newsroom is presumed to be objective. Unless of course, said newsroom has something to prove …

But WT executive editor John Solomon was fuming after the NYT failed to differentiate between the Washington paper’s newsroom and ed board (as if it needed to). And the Gray Lady has actually conceded a correction.

The NYT article in queston ran last week, exploring the origins of the false “death panel” rumors that have crept into the health care debate (quite an improvement over the ‘origins’ discussion on Twitter) and pointing to titles such as The Washington Times, which published an editorial drawing comparison between the policies of President Barack Obama’s and Adolf Hitler in February.

If it costs too much to treat you, and you are nearing the end of your life anyway, you may have to do with less, or with nothing. You just aren’t worth the cost … This notion is fully in the spirit of the partisans of efficiency but came from a program instituted in Hitler’s Germany called Aktion T-4. Under this program, elderly people with incurable diseases, young children who were critically disabled, and others who were deemed non-productive, were euthanized. This was the Nazi version of efficiency, a pitiless expulsion of the “unproductive” members of society in the most expeditious way possible.

Solomon issued a statement that said (from Editor and Publisher):

[I]t is wrong, inaccurate, irresponsible and insulting for the New York Times to brand an entire newspaper as ‘decidedly opposed’ to President Obama because of the voice of its editorial pages. Nothing can be further from the truth when it comes to our newsroom. Our news pages have no agenda except to accurately and fairly cover the news, including that made by the administration.

The February editorial was a more focused attack on the Obama administration, picking up where a November editorial left off, warning that if Obama were elected there would not be any check against the spread of a Nazi approach to health care.

Adolf Hitler in the late 1930s started the T4 Aktion (Action) program, named after the main office’s address at Tiergartenstrasse 4 in Berlin, to exterminate “useless eaters,” babies born with disabilities …merica’s T4 program – trivialization of abortion, acceptance of euthanasia, and the normalization of physician assisted suicide – is highly unlikely to be stopped at the judicial, administrative or legislative levels anytime soon, given the Supreme Court’s current and probable future makeup during the Obama administration, the administrative predilections that are likely from that incoming administration, and the makeup of the new Congress.

Still no word on whether or not the Times will issue a correction for failing to differentiate between and “Fox News Channel host Glenn Beck” and babbling health care psycho Glenn Beck.