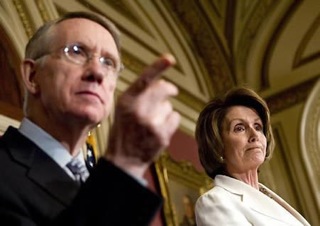 As far as Medicare has been able to wheedle itself into the public consciousness as a 2012 campaign issue, much of the media has put Republicans on the defensive for attempting to slash funding that would go to health care. It appears the Democrats’ time, at least at the Washington Post, as arrived, as the paper ran a scathing editorial harping on Democrats for “effectively scaring seniors as a political tactic” and Republicans for playing along.

While the piece seems to attempt to attack both sides equally for partisan hackery, it seems to give the benefit of the doubt to Republicans. Rep. Paul Ryan‘s budget proposal, they note, “is wanting in many ways” and “contains far too much risk of harming the most vulnerable.” It is a critique not foreign to the Post about the plan, though the following conclusion about the way Republicans have come about proposing the plan does ring somewhat new, and make the Republican plan, albeit flawed in their estimation, valuable for being earnest.

But while they seem uncomfortable with the plan, the editorial writers give it credit for being “honest enough,” then turning the tables on the Democrats, lamenting that, while ideally “we’d have a debate about the relative merits of these proposals,” Republicans use inflamed rhetoric and Democrats are stating things that are merely “false, inflammatory and, as we said, useful — for winning elections, that is. When it comes to solving the government’s most pressing problem, it threatens to set things back.”

The question, of course, seems to be which elections the health care rhetoric is trying to impact. It seems a bit early for microissues to take the fore in the 2012 elections, and with the capture of Osama bin Laden, Democrats have also been emphasizing their foreign policy acumen over domestic policy (and given the current economic climate, it shouldn’t be too difficult to figure out why). And it seems to be backfiring, at least with the Beltway media that is still following the health care debate, and is too jaded to be afraid for their benefits anymore.