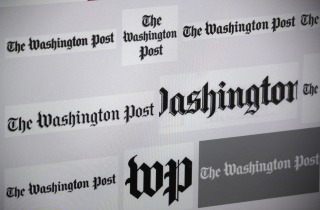 Katharine Weymouth will step down as publisher of the Washington Post at the start of October, according to a Tuesday press release.

“The greatest honor of my life has been serving as Publisher of The Post these past seven years, working with all of you,” Weymouth wrote in a note to Post staffers, according to the release. “This is just the beginning of a wonderful new chapter for The Post.”

Weymouth will be succeeded by Fred Ryan, who previously served as the CEO of Politico, the Post‘s chief competitor in Washington, D.C.

Amazon.com founder and CEO Jeff Bezos purchased the Post from the Graham family in 2013.

In a note to her Washington Post colleagues of 17 years, Katharine Weymouth today announced the transition to a new Publisher and CEO. She said, “The greatest honor of my life has been serving as Publisher of The Post these past seven years, working with all of you.” Weymouth continued, “This is just the beginning of a wonderful new chapter for The Post.”

Washington Post owner Jeff Bezos praised Weymouth’s leadership of The Post saying, “I am so grateful to Katharine for agreeing to stay on as Publisher this past year. She has successfully led many new initiatives and assured that the first ownership change of this great institution in eighty years has been done smoothly and without skipping a beat.”

In announcing his selection of Fred Ryan as Publisher and CEO, Bezos stated, “I welcome Fred and thank him for agreeing to become The Post’s next Publisher and CEO. I know he’s excited to meet the team and roll up his sleeves.”

Ryan responded, “This is an incredibly exciting time for all of us in media. The Washington Post is a crown jewel, exemplifying the finest in editorial quality and journalistic values. I am honored to follow four generations of Graham family leadership and thrilled with the opportunity to work with Jeff and the incredibly talented team at The Post.”

The transition will be effective October 1, 2014.