What Obama Can Learn From The Giants

What Obama Can Learn From The Giants 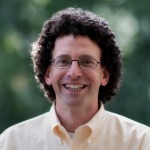 In what must have been a happy moment on the eve of a miserable midterm election, President Obama called San Francisco Giants manager Bruce Bochy to congratulate him on the team’s improbable World Series victory.

The conversation was no doubt short and perfunctory, but the sports-minded president would have done well for himself to ask the Giants skipper for some advice. Not long ago, Bochy was at an all-time low in San Francisco polls, as fans consistently flooded talk radio and blogs with calls for his huge head (hat size: 10). Now that he’s won the Series and seemed to imbue his every move with a Midas touch, Bochy’s massive melon is seen as a sign of genius, which should give hope to the Obamanistas that the prez can get his mojo back as well. The Giants’ championship offers up a few other story lines that ought to play well in the White House:

Dan Fost is a former staff writer for the San Francisco Chronicle, and the author of “Giants Past and Present,” published in 2010 by MVP Books. He has written for the New York Times, Los Angeles Times, Forbes, and San Francisco magazine. More information at www.giantspastandpresent.com.