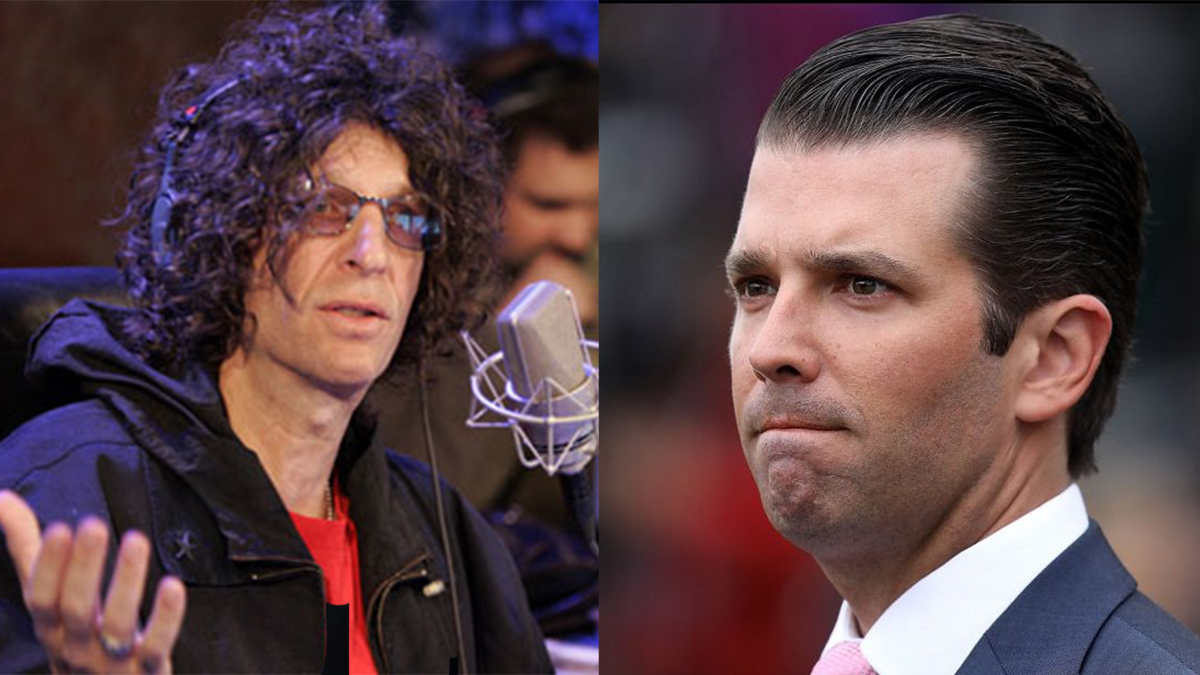 Howard Stern sarcastically mocked Donald Trump Jr. on his Sirius XM radio show Tuesday afternoon, part of his feud with President Donald Trump and his family. Stern ridiculed the “macho” Trump Jr. over photos of his hunting trips in Africa where he and his brother Eric Trump killed exotic animals.

“You can’t argue with that kind of bravery,” Stern added. “Even the guys in Afghanistan right now are going ‘Jesus Christ, what a kid.’ ”

Last Wednesday, Stern called out the President on his show and said that he probably “despises” his own supporters. That came two weeks after Stern said Trump supporters drink bleach and “drop dead.”

“Oh my god, he wouldn’t even let them in a f*cking hotel,” Stern said on May 13. “He’d be disgusted by them. Go look at Mar-a-Lago, see if there’s any people who look like you.”

The next day, Trump Jr. slammed Stern for his comments on another Sirius XM show, the Jim & Sam Show. He called Stern’s claims that the President hates his own supporters “total bullsh*t.”

“It’s sort of disappointing,” Trump Jr. said last Thursday. “I mean, I would think at least the sort of original Howard, I imagine most of those blue-collar people that he now hates since he became ‘Hollywood Howard’ would’ve probably been pretty big Trump supporters.”

Instead of hopping on a radio show to respond Tuesday, Trump Jr. responded to Stern’s comments with a meme of him photoshopped as the lead singer of Nickelback holding a photograph of Stern with the phrase “triggered” under it.

It must kill Hollywood Howard to know that more people will see this tweet than listen to his show.

That’s what happens when you turn your back on your working class fanbase & bend your knee to the same MSM you used to mock.