TBT: Don Jr. Compared His Penis Size With His Dad’s At Playboy Mansion 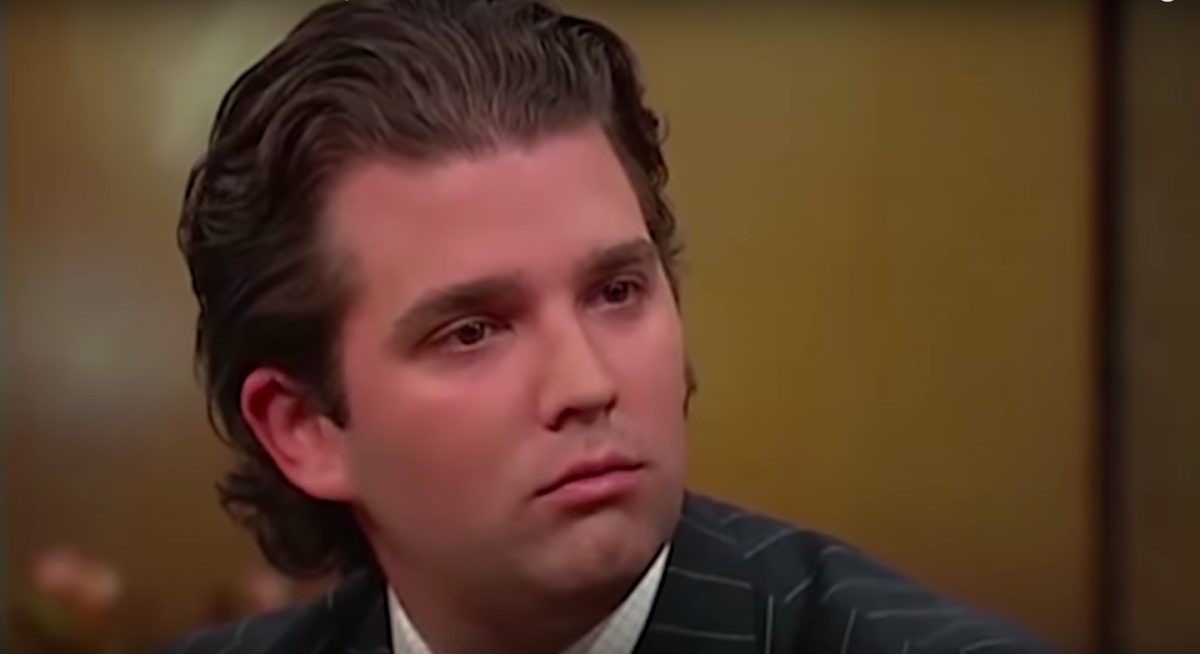 Our thanks to HuffPost‘s Ashley Feinberg for digging this up from the Internet Archive‘s Wayback Machine. But also, maybe we should’ve left this one to die.

Either way, here it is: That time Donald Trump Jr. talked about his dad’s schlong.

The year was 2007. It was a simpler time: George W. Bush was in office, Soulja Boy was all the rage, and millions of people around the world lined up to be the first to read the end of the Harry Potter series. In this magical year, comedian Adam Carolla did an episode of his radio show at the Playboy Mansion, interviewing myriad guests, including Donny.

His wife Vanessa Trump was pregnant at the time and he lamented having so many hot chicks with flat, baby-less bellies around.

“Can you believe the hell I’m going through?” Don Jr. exclaimed. “I’m at the Playboy Mansion with a pregnant wife! It doesn’t get worse than that, does it? Now, I love my wife, but that is rough. And I’m going to pay for these statements later on tonight. I’m gonna pay.”

And pay he shall – in alimony.

Things got even weirder very fast when Carolla asked – for reasons beyond our comprehension – who has larger genitalia: Jr. or now-President of the United States Donald Trump?

“When you and your pops are in the shower, who’s got the bigger package? You know what I’m saying,” Carolla said.

He thinks. Well, without any points of comparison (thank the lord), we’ll just have to take his word for it…?