AOC, Ted Cruz, Others Blast NBA in Bipartisan Letter: ‘Outrageous That the NBA Has Caved’ to China 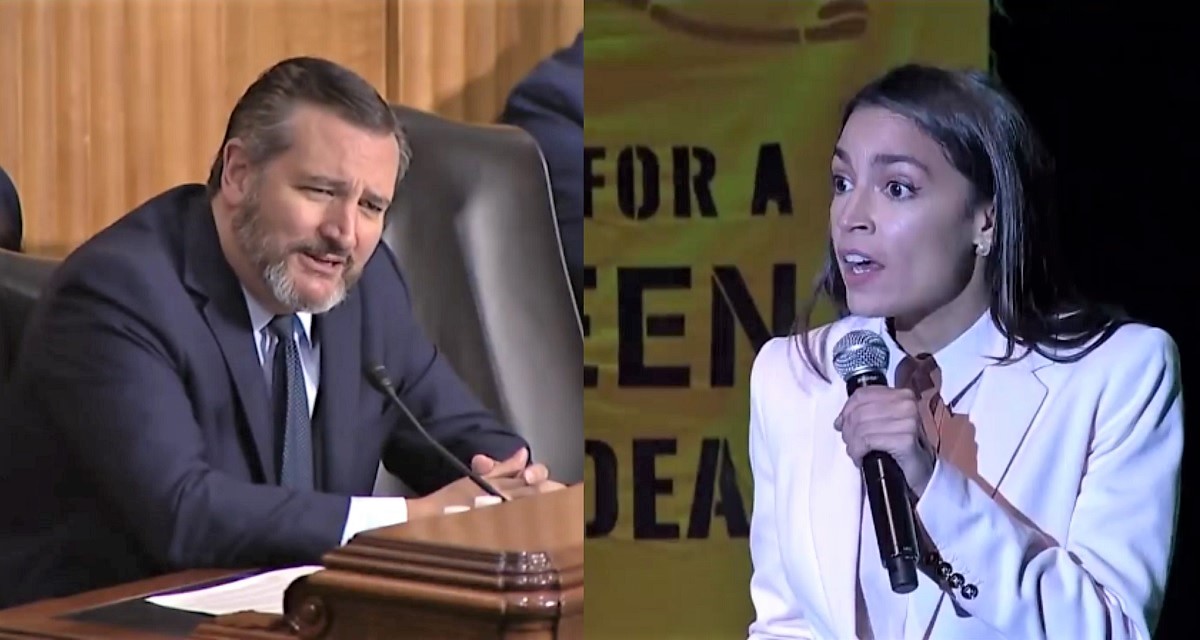 It has, without question, the most unlikely alliance in Congress. And on Wednesday, Senator Ted Cruz (R-TX) and Rep. AAlexandria Ocasio-Cortez (D-NY) joined forces again.

The New York congresswoman and the Texas senator were among a group of eight lawmakers who teamed up to send a bipartisan letter to NBA commissioner Adam Silver. In it, they blasted the league for having “caved” to China by condemning a pro-Hong Kong tweet from Houston Rockets general manager Daryl Morey.

“It is outrageous that the Chinese Communist Party is using its economic power to suppress the speech of American inside the United States,” the lawmakers wrote. “It is also outrageous that the NBA has caved to Chinese government demands for contrition.”

Along with AOC and Cruz, Sens. Tom Cotton (R-AR), Ben Sasse (R-NE), and Ron Wyden (D-OR) signed the letter, as did Reps. Jim Banks (R-IN), Mike Gallagher (R-WI), and Tom Malinowski (D-NJ). The lawmakers are calling on the league to suspend activities in China until government-controlled broadcasters and commercial sponsors end their boycott of the NBA.

“Hundreds of millions of people within China will read your statements as an admission that their government’s propaganda is correct; millions of people in Hong Kong will be dispirited,” the lawmakers wrote. “That you have more potential fans in China than in Hong Kong is no excuse for bending over backwards to express ‘sensitivity’ only to one side.”