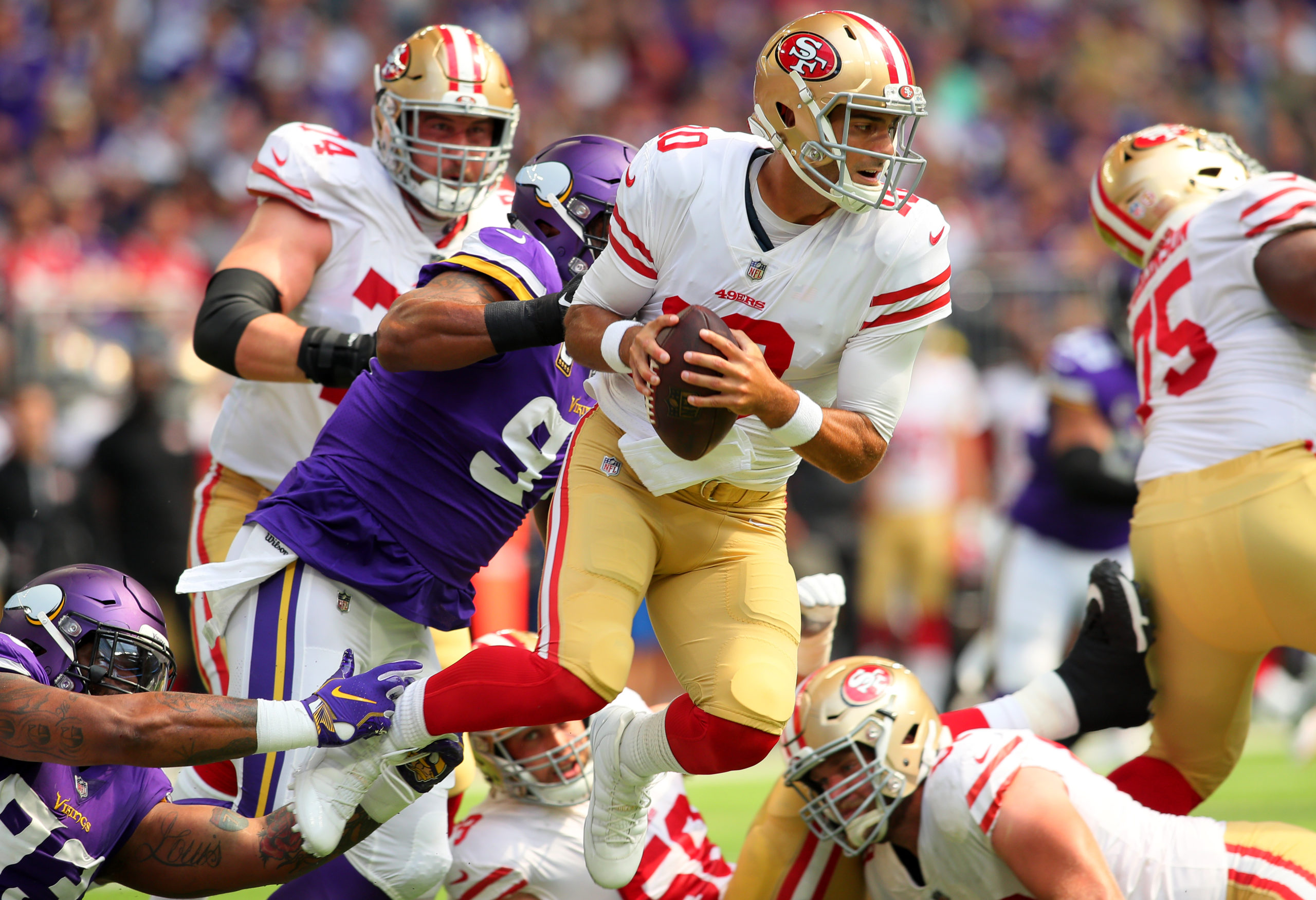 We’re down to eight in the chase for the Lombardi trophy. And for a hardcore football fan, it gets no better than Divisional playoff weekend. Four games over two days. The eight best teams in the NFL duking it out for a trip to the conference championship round.

The Niners posted a wonderful 13-3 record this season, taking the NFC West crown in the process. Quarterback Jimmy Garoppolo led a potent offensive attack for San Francisco. But it was the defense that powered this group — particularly early in the season. Dee Ford was superb up front. His status for Saturday has been up in the air, however, with a hamstring injury.

On the other side, Minnesota comes off a stunning overtime road victory in one of the NFL’s most hostile environments — New Orleans. Their reward? The Vikings now get to make the long trip west to take on the NFC’s best club in the regular season. But another performance like last week — where a stout defense kept a mighty Saints offense in check, and a potent offense lit up the scoreboard and controlled the game — and the Vikings rate a serious threat to pull off another road victory.

Kickoff is shortly after 4:30 p.m. ET. The game will air on FOX. Joe Buck and Troy Aikman have the call. The action can be streamed free with a cable subscription on pc, cell phone, or tablet via the Fox Sports site. The Fox Sports app can be downloaded via both the iTunes store, and the Google Play store.