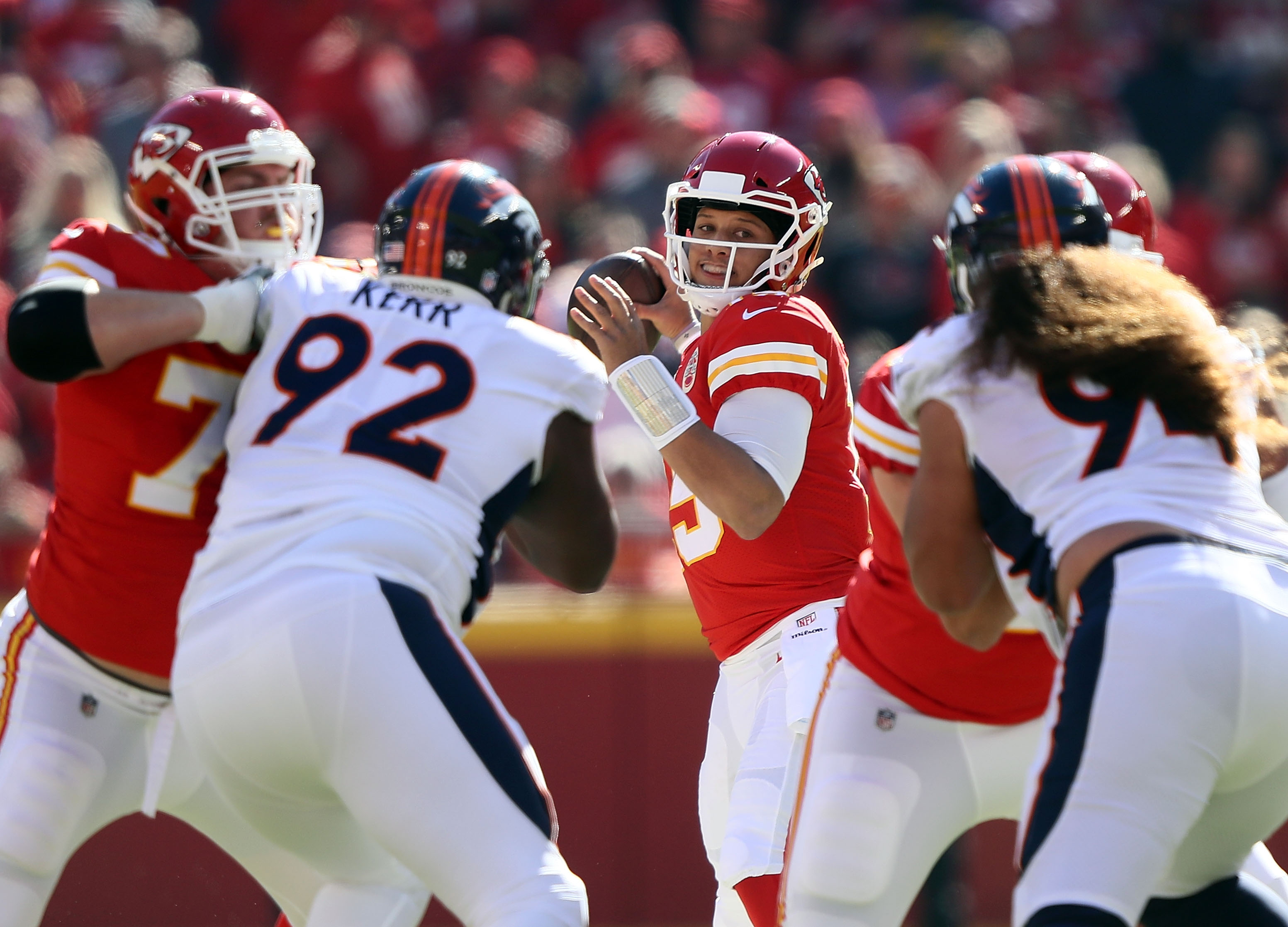 The AFC West is front and center as Week 7 kicks off Thursday night — as the Kansas City Chiefs invade Mile High for a showdown with the Denver Broncos.

Kansas City enters having lost its last two games — going down to Indianapolis and Houston. A three-game losing streak seems unfathomable for a juggernaut that looked, early on, as though it wouldn’t drop three games all season. But the high-octane Chiefs offense has been unable to overcome shaky defensive efforts in recent weeks. Now, they’ll have to overcome a daunting obstacle — short week on the road — in order to stop the bleeding.

What makes the task more difficult for the Chiefs is the fact that Denver enters the contest fairly hot. After four straight losses to start the year, the Broncos have won two straight to climb back into the AFC West race. If they are to seriously contend, though, they’ll absolutely need to pull out the victory on Thursday night at home before a fired-up crowd at Mile High.

The game kicks off at 8:20 p.m. ET. Joe Buck and Troy Aikman have the call. You can watch the action via Fubo TV. The game can also be seen on Amazon. An Amazon Prime subscription is required.