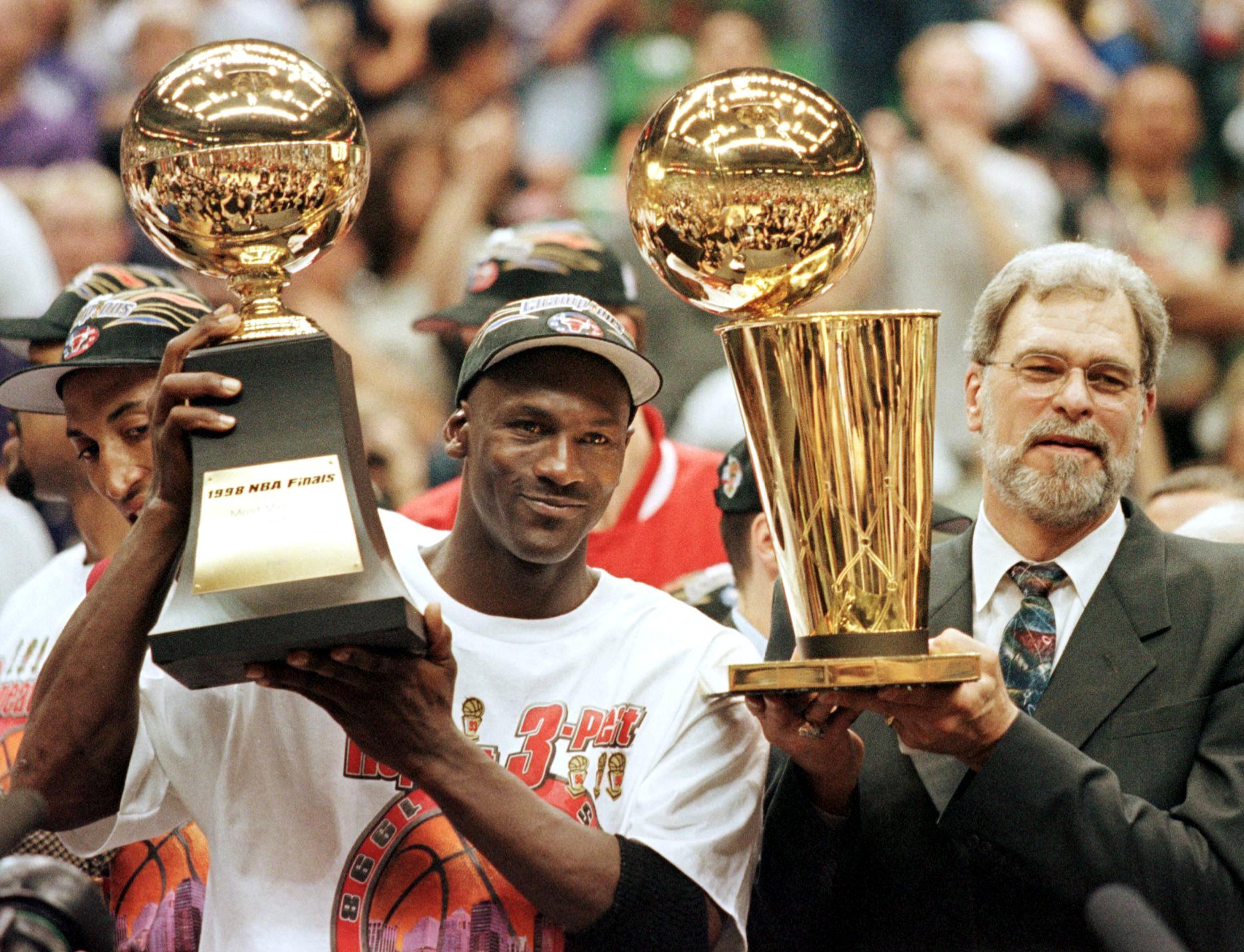 On Sunday night, ESPN debuted the first two episodes of its 10-hour series on the 1997-98 Chicago Bulls, which were vying for a second NBA three-peat in eight years. The Last Dance reveals unseen footage from the final season of the championship Bulls and interviews with 106 people, including three lengthy sit-downs with Michael Jordan himself.

Jordan and now-NBA commissioner Adam Silver agreed to an all-access video documentation of the Bulls in 1997-98, but the footage hadn’t been used in over 20 years. ESPN’s Ramona Shelburne revealed Jordan agreed to do the documentary during the Cleveland Cavaliers 2016 championship parade, days after LeBron James won his third NBA title.

The premise of the documentary is simple: greatness doesn’t last forever, but some members of the Bulls front office wanted to cut it short. After a fifth title in seven years, Bulls head coach Phil Jackson was told that 1998 would be his last year with the organization. Jordan wouldn’t return if Jackson wasn’t the head of the team and put a one year expiration date on the Bulls dynasty. In the team’s first official meeting before the season, Jackson dubbed the season “The Last Dance.”

Here are the five craziest moments from the first two episodes of ESPN’s hit documentary series.

Jordan’s Teammates Had A ‘Cocaine Circus’ His Rookie Season

Jordan admitted it took him two weeks in his rookie season to become the alpha of the Bulls. But before he shined in his first couple of games, Jordan was just a quiet rookie on an already established team, he said. One tradition within the team involved a plethora of drugs.

In the first episode, a producer recalled a headline from 1984 that read: “Bulls Traveling Cocaine Circus.” Jordan immediately started cracking up and said he’d never heard that one before.

“I think we were in Peoria, it was in a hotel, and I was trying to find my teammates,” Jordan said. “I start knocking on doors, I get to this one door, and I could hear someone say, shh, someone’s outside. This deep voice says, ‘Who is it?’ I say, ‘It’s MJ.’ They say, ‘Ah, fuck, he’s just a rookie. Don’t worry about it.’”

Jordan immediately left because he didn’t want to be involved and get in trouble, he said. Instead, Jordan spent a lot of time watching movies and playing cards during his first season in the NBA.

“From that point on, I was more or less on my own,” he said.

The internet didn’t react much when when two former presidents made quick appearances in “The Last Dance.” Rather, they exploded to what Obama and Clinton were called in the documentary.

Obama was named “A former Chicago resident” talked about the Bulls as a fan. Clinton, the “former Governor of Arkansas” spoke on Pippen, a college player from the University of Central Arkansas. 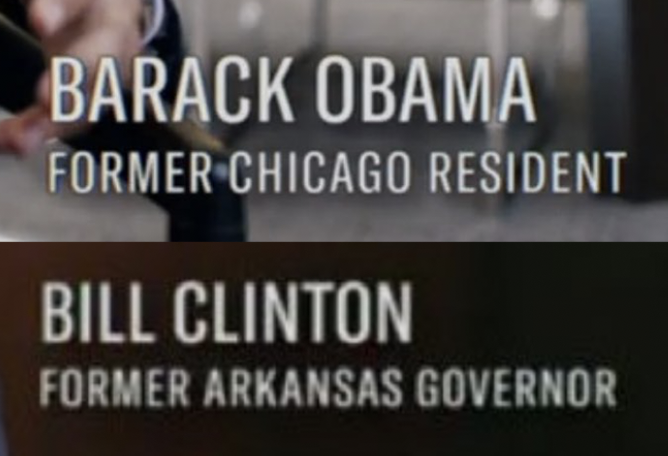 “Barack Obama is not the kind of guy that I can find his number and text him,” Director Jason Hehir told The Athletic. “Michael had a connection. But I was pretty adamant that we don’t have people in here who don’t have an organic connection to the story. I think the temptation is because Michael was super famous, let’s get as many super famous people in here as possible. There were conflicting philosophies amongst all the [production] partners of what makes a good documentary and what makes a documentary sizzle.”

“I think the temptation would be to say, well, Bill Clinton was president in the 1990s. He has to talk about Michael because he was the President when Michael was playing and he saw Michael play live,” Hehir continued. “My question was, okay, what is Bill Clinton going to say that is different than any other fan would say about watching Michael play? Why should he be considered an authority on basketball just because he’s Bill Clinton? Now if Bill Clinton says I was governor of Arkansas when Scottie Pippen was in high school and I saw Scotty play, that’s organic to the story and much more interesting.”

Still, it was pretty funny to see “The Last Dance” refer to Obama and Clinton as they did.

Everyone knows that Jordan, the greatest basketball player of all time, was cut from his high school varsity team before his sophomore year. It’s been the crux of every high school coach’s motivation speech ever since. But did you know Pippen, the Bulls’ second best player, had to overcome even more rigid circumstances?

At Division II Central Arkansas, Pippen started as a team manager who would only practice with the team. In four years, he transformed into the No. 5 overall pick of the 1987 NBA Draft.

Pippen was just 6-foot-1 and 150 pounds when he arrived at Central Arkansas. Eventually, he waited for players to drop off academically so he could claim their scholarships, Pippen said. But during one summer, Pippen grew five inches. Eventually, he became a 6-foot-8 forward with skills like a guard.

“We figured we’d bring him in as a manager and let him get his feet on the ground. He was like a young colt; he needed time to grow,” Central Arkansas head coach Don Dyer said in 1987.

Pippen would go on to seven NBA All-Star games, win six titles and become a member of the Basketball Hall of Fame. Not bad for a team manager.

Bulls General manager Jerry Krause was often credited with creating the Bulls dynasty, drafting big pieces like Pippen and Horace Grant while making timely trades to help the Bulls stay in contention. But if there was one takeaway from the first two hours of “The Last Dance,” it’s that most players and coaches on the 1997-98 Bulls hated Krause with a passion.

Not only did he try to force Jackson out and begin prepping a potential replacement during the 1997 NBA Finals, but several players and journalists throughout the documentary believed he wanted more credit for the Bulls successes.

“Jerry had the little man problem,” Rare Air Media’s Mark Vancil said in the opening minutes. “He grew up a little fat kid with not a lot of money, he was always the underdog. He just couldn’t control that part of him that needed credit.”

Some of the unreleased footage from the 1997-98 season also included several insults from players.

Before the Bulls were about to accept their fifth championship rings to open its season, Jordan motioned to Krause and said, “Jerry you want to do some layups with us?” He said yes. Jordan responded: “They gotta lower the rim.” Jordan also once asked if Krause took pills to make him even shorter.

Pippen took it out even more on Krause. Because Pippen expressed that he wanted to be traded, he frequently yelled at Krause on their team bus because he felt “insulted.”

“I couldn’t tolerate him anymore. I didn’t respect him,” Pippen said.

Jordan was making $33 million to play with the Bulls in 1997-98, not including his endorsement deals which launched him to billionaire status. Pippen, at 2.78 million per season, was making just a 1/12 of that, even though he was one of the best players in the league at the time.

His contract led to the early toxicity within the team in 1997. Pippen elected to get surgery on his foot in October 1997 instead of over the summer, leading to his missing he first half of the season. Jordan called this move “selfish.” During his rehab, Pippen publicly begged for a trade from the Bulls.

Pippen signed a seven-year contract that was eventually restructured for $18 million total until 1998. Pippen said he did this for stability. “I needed to make sure that people in my corner were taken care of,” Pippen said.

He was the sixth highest paid player on the Bulls and 122nd in the league.

“’If I were you, I wouldn’t sign this contract. You may be selling yourself too short. It’s too long a contract you’re locking yourself in for,’” Bulls owner Jerry Reinsdorf recalls saying in 1991.