MLB's Rays May Split Home Games Between Tampa and Montreal

MLB’s Rays Reportedly May Split Home Games Between Tampa and Montreal, Which Everyone Agrees is Really Stupid 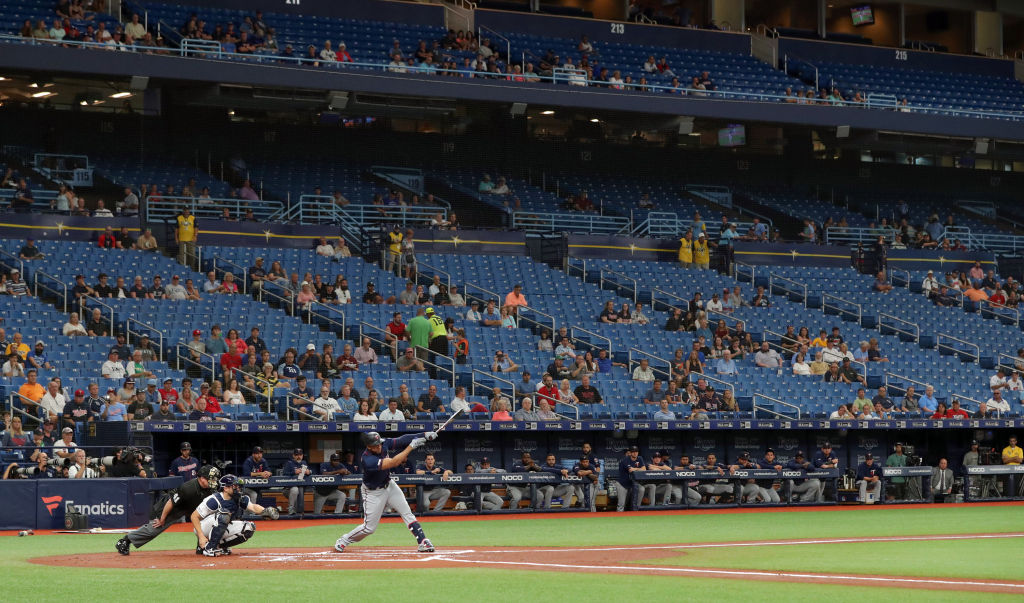 A new report states the Tampa Bay Rays baseball team in Florida is exploring a plan to share home games with Montreal in Canada, which is nowhere near Florida.

ESPN reported, on Thursday, that The Tampa Bay Rays have received permission from Major League Baseball’s executive council to explore a plan in which they would play early-season home games in the Tampa Bay area.

The team would then spend the remainder of the year in Montreal, which lost its professional team in 2005 after it moved to D.C.

You may be wondering how much Montreal and Tampa Bay have in common, as the two cities do not — as Fivethirtyeight’s Nate Silver pointed out — have any direct flights to one another currently.

There aren’t even any direct flights between Tampa and Montreal. pic.twitter.com/thOMvcQrew

A drive between the two cities would take about 23 hours with no stopping.

A source told ESPN that the Rays would play in new stadiums in both the Tampa Bay area and Montreal area. According to the report, the Rays have faced difficulty in securing a new stadium, little local revenue and a poor television deal–and may be relocated entirely if the Montreal plan ends in failure.

“Under the plan, the Rays would play in new stadiums in both the Tampa Bay area and Montreal, according to sources.”

People on Twitter quickly called out the ridiculous nature of the plan.

Really interesting, especially this part in the story: “Under the plan, the Rays would play in new stadiums in both the Tampa Bay area and Montreal.” So basically they’re saying “build us a stadium but we’re only going to play half our games there.” Who wouldn’t jump at that? https://t.co/CpM5MDCFlP

Are they the “Tampa Bay Rays” in Montreal? Would they be the “Montreal Rays”? Are there Rays in Montreal? Do they play the national anthem before games? Or just oh Canada? https://t.co/klbx94uAnX

I just don’t get the logistics of playing in 2 cities. Would they have to change their name to the “Tampa Bay Rays who summer in Montreal?”

This makes no sense. The Rays should just move to Montreal, because no one in Tampa will notice. https://t.co/KTFPk1t4Tn

What’s an even better use of (almost certain to be) public funds than building one baseball stadium? Building TWO baseball stadiums but playing half the number of games at each one!

“Under the plan, the Rays would play in new stadiums in both the Tampa Bay area and Montreal” https://t.co/ZbUk2vVW1v

The Rays exploring splitting home games between St. Pete and Montreal seems, to me, like a clear strong arm to get political leaders and businesses in Tampa Bay to fork up cash for a new ballpark. It’s a flirtatious threat.

The Rays’ hometown newspaper, The Tampa Bay Times, also noted there are several issues with the plan including: “How much harder would it be to get a new stadium financed and built in the Tampa Bay area for only 40 or so home games than 81?”