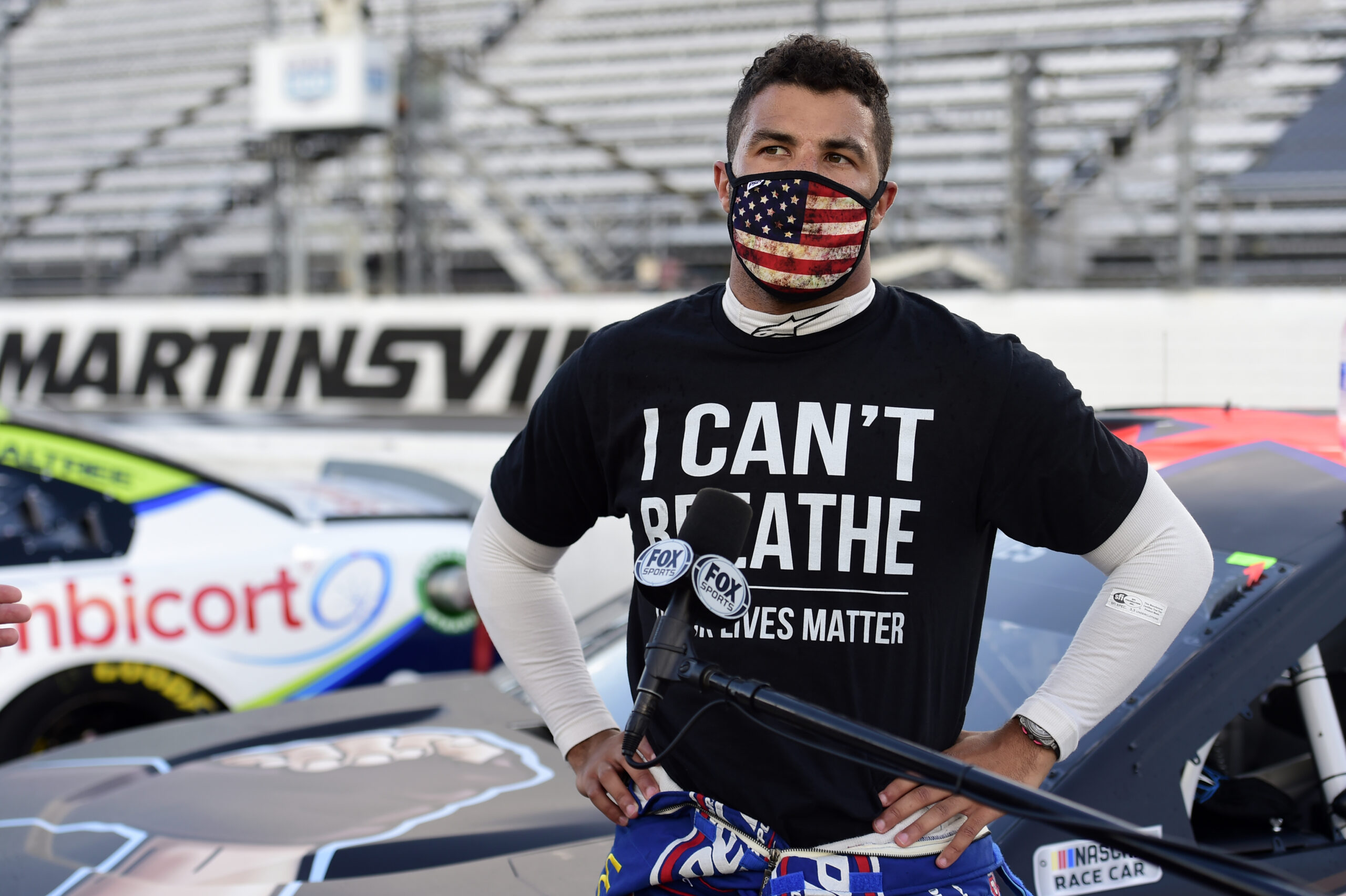 After finishing 14th at the GEICO 500 race in Talladega, NASCAR’s Bubba Wallace got emotional talking about a noose being placed in his locker over the weekend. In an interview with Fox Sports, Wallace said the act of racism wouldn’t “take my smile away.”

“The sport is changing … Whoever it was, you’re not gonna take away my smile.”- @BubbaWallace

On June 9, Wallace, NASCAR’s only Black driver in its top circuit, was outspoken against NASCAR condoning confederate flags at its race tracks on CNN Tonight with Don Lemon days after wearing a “I can’t breathe” and “black lives matter” shirt to a race.

“No one should feel uncomfortable when they come to a NASCAR race. It starts with confederate flags. Get them out of here. They have no place for them,” Wallace said. “…There’s going to be a lot of angry people that carry those flags proudly but it’s time for change. We have to change that, and I encourage NASCAR — we will have those conversations to remove those flags.”

Two days later, NASCAR ban the flags from their race tracks. On Sunday, a noose was found in the sport’s first full-time Black driver in NASCAR’s Cup series since 1971. Before Monday’s race, members of the NASCAR community pushed Wallace’s car to the front of the field for the GEICO 500 race in a show of solidarity with the driver.

“The pre-race is still one of the hardest things I’ve had to witness in my life, from all the supporters, from drivers to crew members, everybody here,” Wallace said after the race in which his finished 14th, his best finish at Talladega.

“The sports is changing,” Wallace said. “Sorry I’m not wearing my mask but I wanted to show whoever that you’re not gonna take away my smile and I’m gonna keep on going.”

“I have been a part of this sport for a really long time,” he continued. “I’m still kind of a rookie, starting to figure this play stuff out — had a good race today. I know I should have won that damn race, just the stars didn’t align for us completely, but all-in-all we won today.”