FedEx Field Crowd Gets Dumped on During WFT vs Seahawks 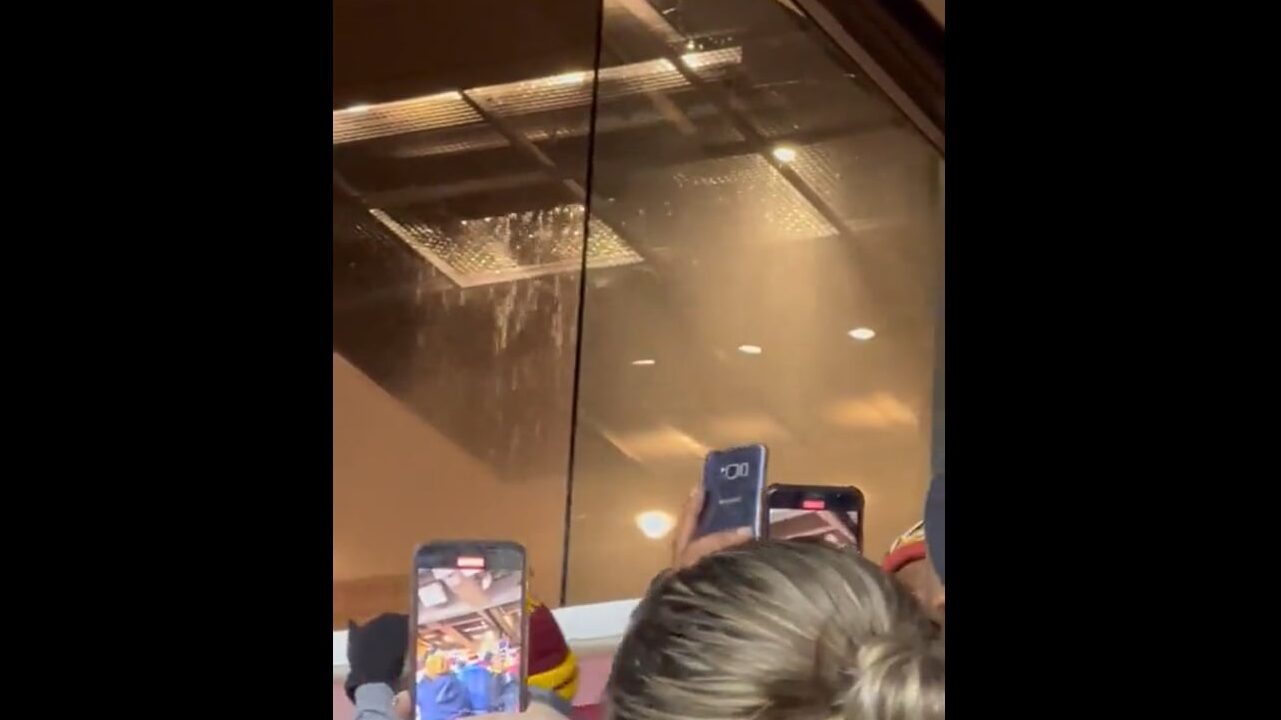 As Washington Football Team owner Daniel Snyder casually scopes out sites for a new stadium, he might want to think about addressing the repeated leaks from his current one.

And not just the leaks that led to Jon Gruden’s ousting from the Las Vegas Raiders, but literal leaks that have fans repeatedly asking if sewage water is being dumped on them while watching a game.

During the Washington Football Team’s Monday night matchup with the Seattle Seahawks, fans at FedEx Field scrambled as water poured down on them. If this story sounds familiar that’s because it is, the WFT crowd was rained on by an unknown substance for the second time this season.

In September, the crowd panicked as they believed a burst sewage pipe was dumping poop water on them. Monday night, similar panic set in as another water disaster filled a FedEx Field luxury suite.

Don’t know how this happens once, let alone twice. pic.twitter.com/vv9MxYmUPq

From a team spokesperson: “It was not sewage. The sprinkler just went off.”

FedEx Field opened in 1997 and Snyder has touted plans to open a new stadium for the Washington Football Team by 2027. Which means at least six more years of having to debunk poop water allegations for their fans.