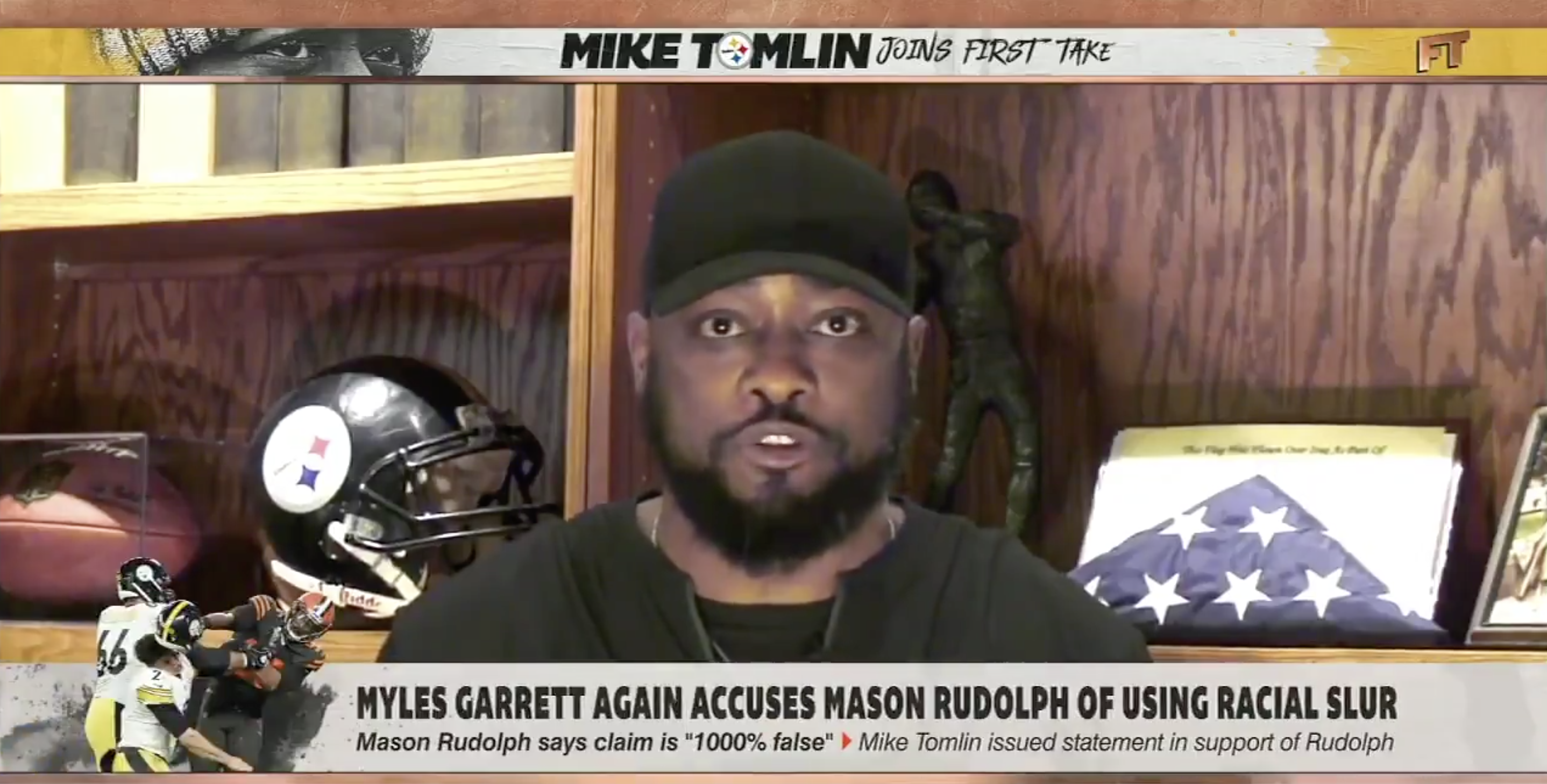 After Myles Garrett brought his claim that Steelers quarterback Mason Rudolph called him the N-word during an in-game altercation in November back into the news cycle, members of the Steelers organization fought back.

“I took offense to it to be quite honest with you,” Tomlin told co-host Stephen A Smith.

Mike Tomlin reacts to the allegations made against Mason Rudolph. pic.twitter.com/H2lkcu4YQY

Garrett revealed details of the incident that saw him suspended indefinitely after he hit Rudolph with his helmet in an interview with ESPN’s Mina Kimes Friday morning. In the interview, Garrett wished the news of Rudolph’s words never got out in the first place because he didn’t want it to be a “justification of his actions.”

Rudolph quote-tweeted the clip from SportsCenter and said, “1000% False. Bold-Faced Lie. I did not, have not, and would not utter a racial-slur. This is a disgusting and reckless attempt to assassinate my character.”

Tomlin released a statement defending Rudolph on Saturday, but his appearance on First Take was his first TV interview after Garrett doubled down on the remarks.

“Nobody on that field as a member of the Cleveland Browns or the Pittsburgh Steelers corroborated what was said by Myles Garrett,” Tomlin said. “That was found by us and the National Football League. At no point in that [ESPN] piece this weekend was that stated.”

Garrett’s indefinite suspension was lifted last week before he spoke up on the matter again. Rudolph, who was not punished for the alleged remarks, is not currently being investigated for the altercation.

On his reasoning about his rare television appearance, Tomlin simply said, “When these allegations returned this past weekend, I thought it was appropriate that Mason was properly defended.”