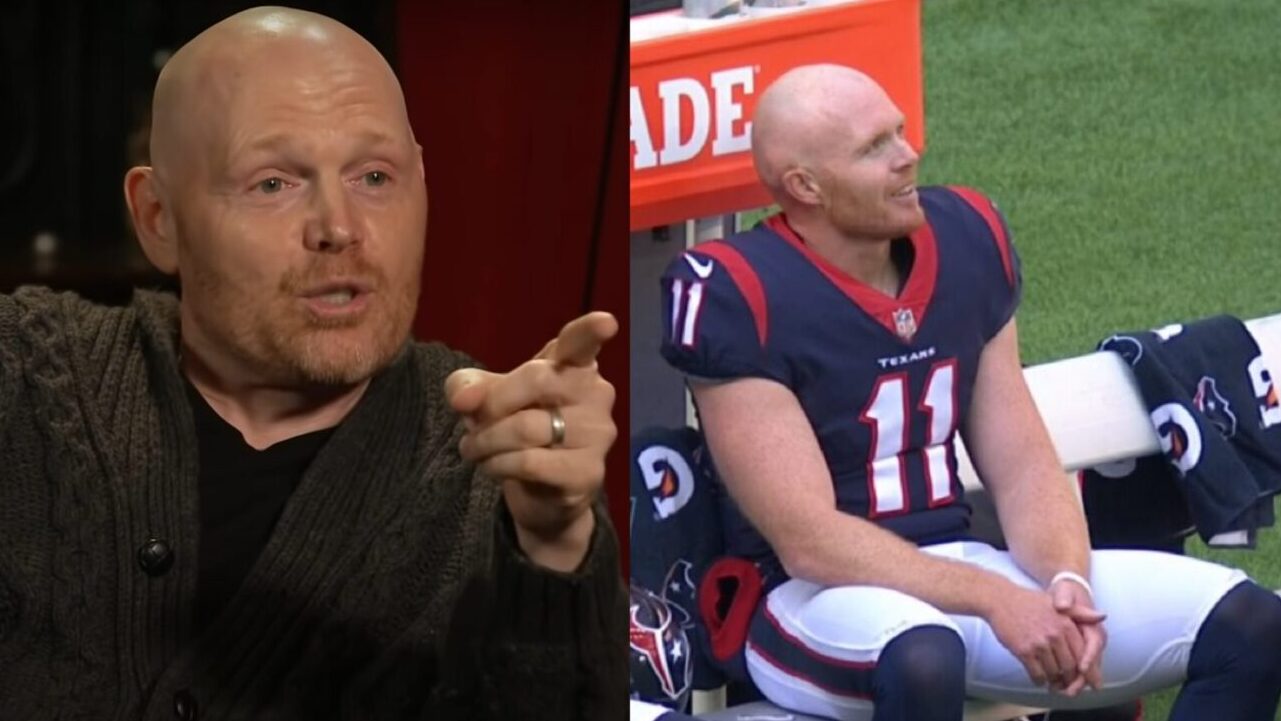 Bill Burr is a comedian, actor, sports fan and … an NFL punter?

No, that wasn’t Burr punting for the Houston Texans Sunday afternoon, it was Cameron Johnston, who looks eerily similar to the 53-year-old comedian, causing social media to marvel at the resemblance.

Johnston is not new to the NFL. The 29-year-old Australian native is currently playing in his fourth season and ranks thirteenth in the league averaging 46.8 yards per punt. The only free agent to receive a multi-year contract from the Texans in the offseason, Johnston has been one of the few reliable players for Houston’s 2-11 NFL franchise this season.

This wasn’t the first time Johnston has been compared to Burr, and with the comedian being a big fan of the NFL, he likely already knew about his doppelganger. But as a photo of the Australian born NFL punter circled social media Sunday afternoon, many NFL fans refused to believe it wasn’t Burr sitting on the Texans’ sideline.

Earlier this month, Burr joined Pat McAfee’s SiriusXM Radio show, where the comedian poked fun at the podcast host for being a former NFL punter. Less than two weeks later, NFL fans wondered if it was all a sham by Burr to hide behind his alternate identity.

Is that Bill Burr?

Congrats to Bill Burr on his new punting gig pic.twitter.com/BEzXsXVGLT

I can’t get over how much Texans punter Cameron Johnston looks like Bill Burr. pic.twitter.com/0DjELVdj1R

since when is Bill Burr an NFL punter? pic.twitter.com/g2zAnJU0bG