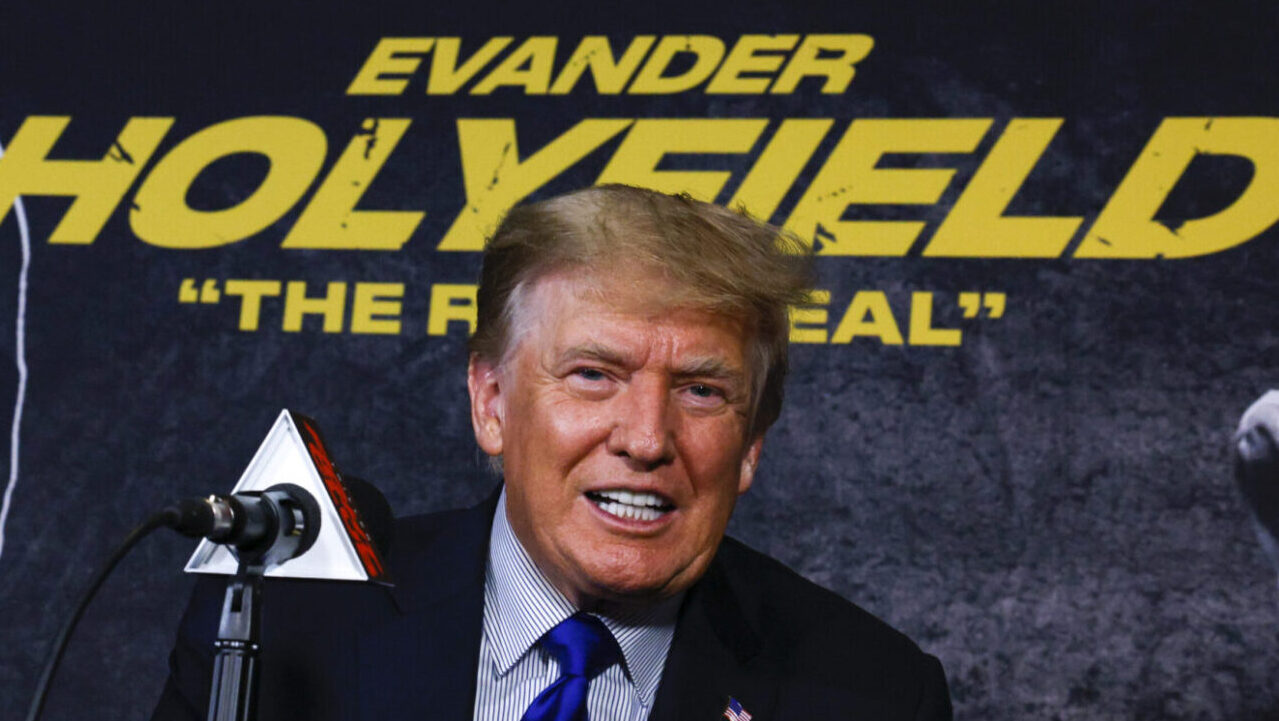 HOLLYWOOD, FLORIDA – SEPTEMBER 11: Former US President Donald Trump poses for a photo prior to the fight between Evander Holyfield and Vitor Belfort during Evander Holyfield vs. Vitor Belfort presented by Triller at Seminole Hard Rock Hotel & Casino on September 11, 2021 in Hollywood, Florida. (Photo by Douglas P. DeFelice/Getty Images)

In a fight that never should have happened, Evander Holyfield was embarrassed in his return to the ring last week against Vitor Belfort, getting KO’d in the first round. But the real loser might be Triller Fight Club.

According to boxing journalist Dan Rafael, sources say the fight generated around 150,000 PPV buys. If that number holds, it will represent a massive fail for Triller, who promoted and sold the PPV event for $49.99.

Per sources, #HolyfieldBelfort event totaled about 150k PPV buys between linear & digital platforms, which would make it a massive $ loser for Triller. At 150k it would gross about $7.5M from ppv, not remotely close to covering even the purses, not to mention rest of expenses.

Triller brought former president Donald Trump on board last week, in a desperate attempt to add juice to the fight and provide alternate commentary of the event. The former president’s boxing prowess dates back decades, having welcomed some of the world’s best fighters to Trump Plaza in Atlantic City long before the dying venue imploded earlier this year.

But even Trump, who loves to falsely criticize other sports for their dwindling popularity by invoking the “go woke, go broke” narrative, wasn’t enough of a draw to help this dud of a boxing match. While the NBA and NFL watch their TV ratings start to bounce back from a deplorable 2020, the Triller-Trump partnership just oversaw an epic fail for boxing.