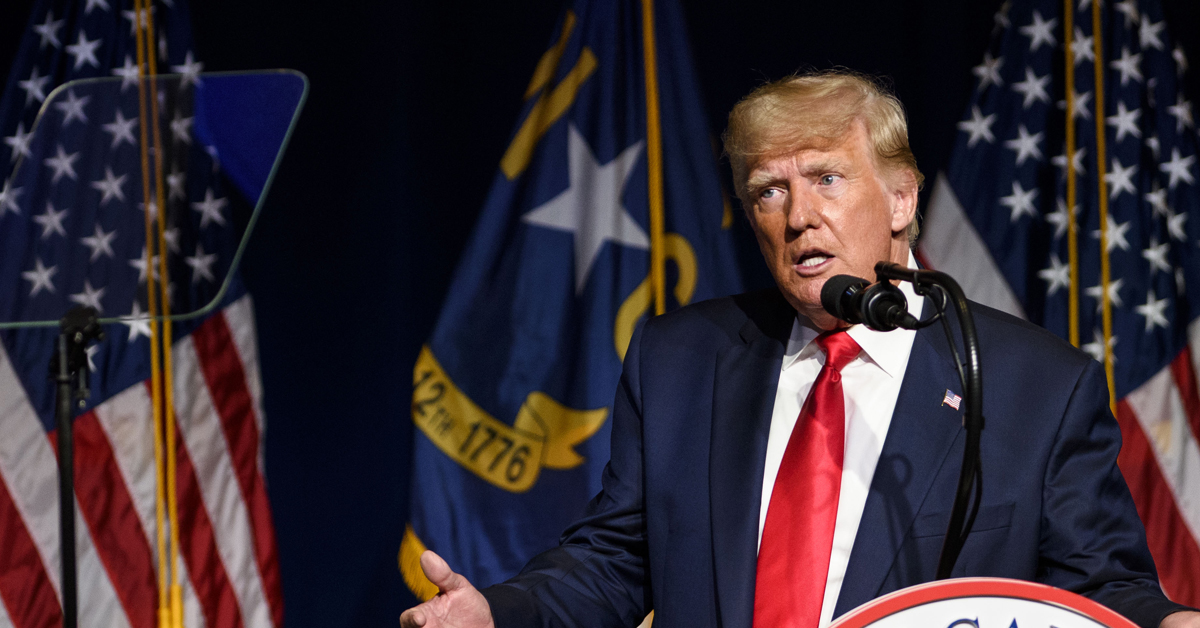 As America prepares to observe the 20th anniversary of the September 11 terror attacks, it appears that former President Donald Trump’s big plan for the day is to provide commentary on the pay-per-view fight between 58-year-old ex-heavyweight champion Evander Holyfield and 44-year-old former UFC star Vitor Belfort.

ESPN reported on Tuesday that Trump and his son, Donald Trump Jr., will be at the Seminole Hard Rock Hotel & Casino in Hollywood, Florida. The two of them will give “gamecast” commentary on Holyfield-Belfort matchup, plus the other three fights on the card being promoted by Triller — a new promoter on the boxing scene which has made a splash by making gimmick bouts between aging fighters such as last year’s Mike Tyson vs. Roy Jones matchup.

“I love great fighters and great fights,” Trump said in a statement. “I look forward to seeing both this Saturday night and sharing my thoughts ringside. You won’t want to miss this special event.”

Former President Donald Trump will be part of an alternate commentary feed for the Evander Holyfield-Vitor Belfort fight on @Triller PPV this Saturday night. pic.twitter.com/LEJ4N5Cpeu

Trump’s decision to mark 9/11 with boxing commentary is undoubtedly a strange choice, given that he’s a former president, nearly 3,000 people were killed on 9/11, and the event in many ways shaped the course of world history. While Trump’s pattern of odd behavior, political exploitation and lying about 9/11 has been documented before, news watchers have seen his latest plans, many of whom are not impressed:

In all fairness to Trump, it is not nearly his worst 9/11 commemoration plan https://t.co/QGQOEiIk1N

Trump is narrating a fight on 9/11 which is good because we’d rather not have his commentary on 9/11 https://t.co/xHfm14lufD

Once again Trump is outclassed by Romney, who actually boxed against Holyfield. https://t.co/EoYpUHyYzj

Trump is celebrating 9/11 by doing a weird stunt to juice the buyrate for a gimmick boxing PPV pic.twitter.com/hBOsYciP0w

Trump was a terrible president, so he’s naturally a terrible ex-president as well.
Because, of course. #becauseofcourse https://t.co/np6wCfudmO

This is what a former president of the United States – and lifelong New Yorker – has chosen to do on the 20th anniversary of 9/11. https://t.co/stWI4xSbef

If you ever feel like things are going badly, remember Donald Trump went from President of the United States to commentator on a novelty boxing match in Florida between two guys with a combined age of 102 in less than nine months. https://t.co/qAtx0CM7ne

Meanwhile on Fox they have apparently been complaining about Biden going to 9/11 commemorations that day. https://t.co/yX8OFBHFtb

“You know, in many ways this fight is rigged, just like the election was rigged. But I’m a fighter. And if it wasn’t for all the election fraud, I would still be fighting for the American people.” —Donald Trump, probably five minutes into whatever this is https://t.co/JKCaWGqxfe