Unvaxxed NFL QB Kirk Cousins Considers Surrounding Himself with ‘Plexiglass’ to Avoid Covid: ‘I’m Gonna Do Whatever it Takes’ 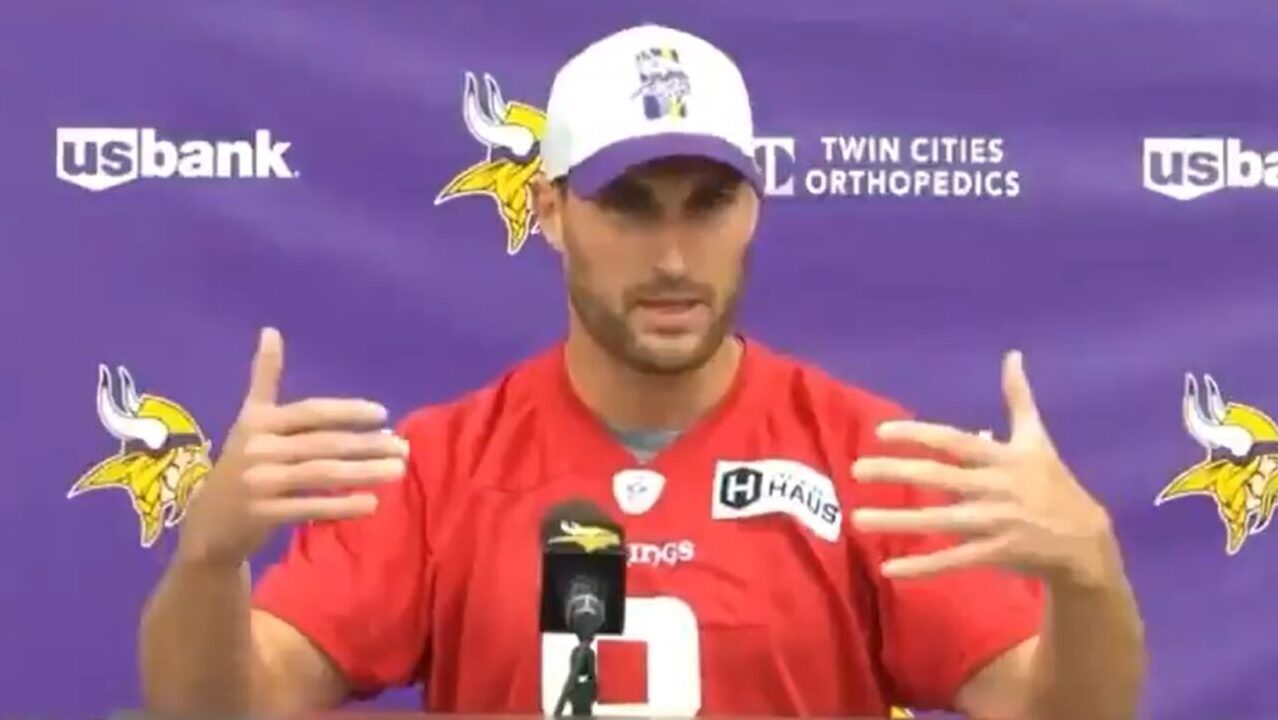 Minnesota Vikings quarterback Kirk Cousins returned to the team after being forced to miss four practices because of Covid protocols.

Cousins decided not to get vaccinated against the virus, putting him under a different set of rules than players who did receive the jab. After rookie quarterback Kellen Mond tested positive last week, Cousins was deemed a close risk contact and added to the Covid-19 reserve list. The Vikings high-priced quarterback needed to complete the NFL’s required five-day quarantine before rejoining the team.

Despite his frustrations after missing practice, Cousins still doesn’t plan on getting vaccinated, but he vowed to go to even greater lengths to avoid another absence.

Kirk Cousins, who isn't vaccinated, says he'll continue to follow all protocols, the team is getting a bigger QB room so he won't be a close contact & he might even put plexiglass around where he is in the facility. Says key is to not be a close contact. pic.twitter.com/4PwJaVuJHa

“I do believe the protocols work and that’s why I believe I didn’t have Covid after being in a meeting room like that, because the mask and the social distancing works,” Cousins said after returning to practice. Unvaccinated players are still required by the NFL to wear masks, part of a list of protocols that are unique to them.

Cousins added that he considered building on his belief in social distancing. “I’m going to be vigilant about avoiding a close contact,” Cousins declared. “I’ve even thought about, should I just set up, literally, plexiglass around where I sit so that this could never happen again. I’ve thought about it, cause I’m gonna do whatever it takes.”

While explaining the great lengths he’s willing to go to avoid a close contact situation, Cousins was asked why he wouldn’t just get vaccinated, which would offer more effective and efficient protection from Covid.

“The vaccination decision is a private, very private health matter for me and I’m going to keep it as such,” Cousins answered. The comments by Cousins come just three days after Vikings head coach Mike Zimmer expressed his frustration with players who have not been vaccinated.

The NFL reports nearly 90 percent of its players have been vaccinated, but some players remain hesitant. While Cousins continues to refuse the jab, others such as Tennessee Titans quarterback Ryan Tannehill decided to get vaccinated because of the strong protocols being implemented by the NFL.