WATCH: NFL Teams Epitomize Olympic Spirit and Root Wildly for Their Family at the Tokyo Games 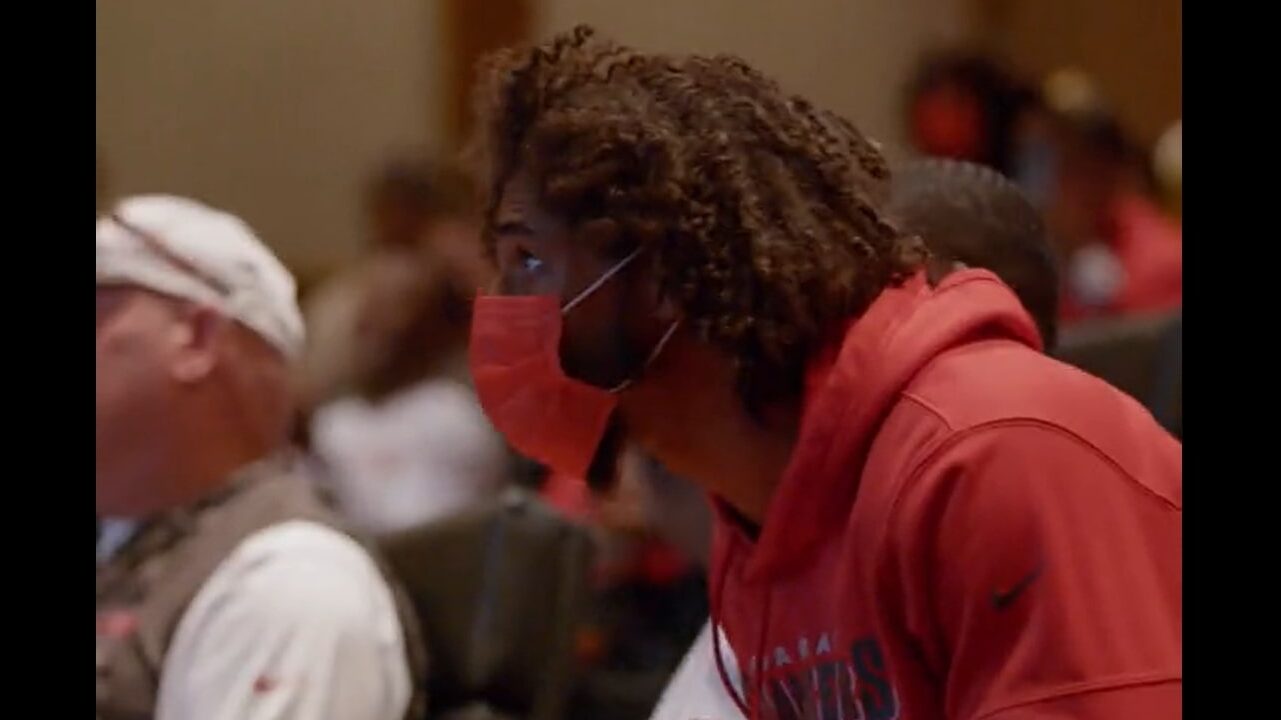 Friday night, the Detroit Lions shared video of their team watching Melissa Gonzalez compete in the 400-meter hurdles heat for Colombia at the Tokyo Olympics.

Without spectators at the Summer Olympics because of surging Covid-19 cases in Tokyo, Gonzalez’s biggest fan was stateside as he cheered her on. Her biggest fan also happens to be Detroit Lions backup quarterback David Blough. Watching from the Lions video room, Blough and his teammates went epically wild as Gonzalez qualified for the Olympic semifinal round.

Whole squad is behind you, Mel 💙 pic.twitter.com/rKpNko2KUI

Gonzalez competed in the semifinal Monday morning, an event that featured another NFL connection. The sister of Tampa Bay Buccaneers safety Ross Cockrell was running in the same heat. Just as the Lions did last week, the Bucs shared video of their defensive back rooting for his sister Anna Cockrell. The video room was packed with players cheering her on as she represented the United States in the 400-meter semifinal.

Y’ALL GOT ME CRYING IN THE VILLAGE DINING HALL 😭😭🥰 https://t.co/e5WfaW9D9u

Cockrell finished second in her heat and fifth overall with a time of 54.17 seconds, advancing to the final which takes place Tuesday night. Gonzalez missed the cut, finishing with a time of 57.47 seconds.

Chicago Bears linebacker Robert Quinn was also rooting hard for his sister Jasmine Camacho-Quinn, who won gold as she represented Puerto Rico in the 100-meter hurdles.