Philly Fans Arrested for Having Sex at Eagles-Panthers Game

WATCH: Philly Fans Get Arrested for Having Sex in Bathroom Stall During Eagles-Panthers Game 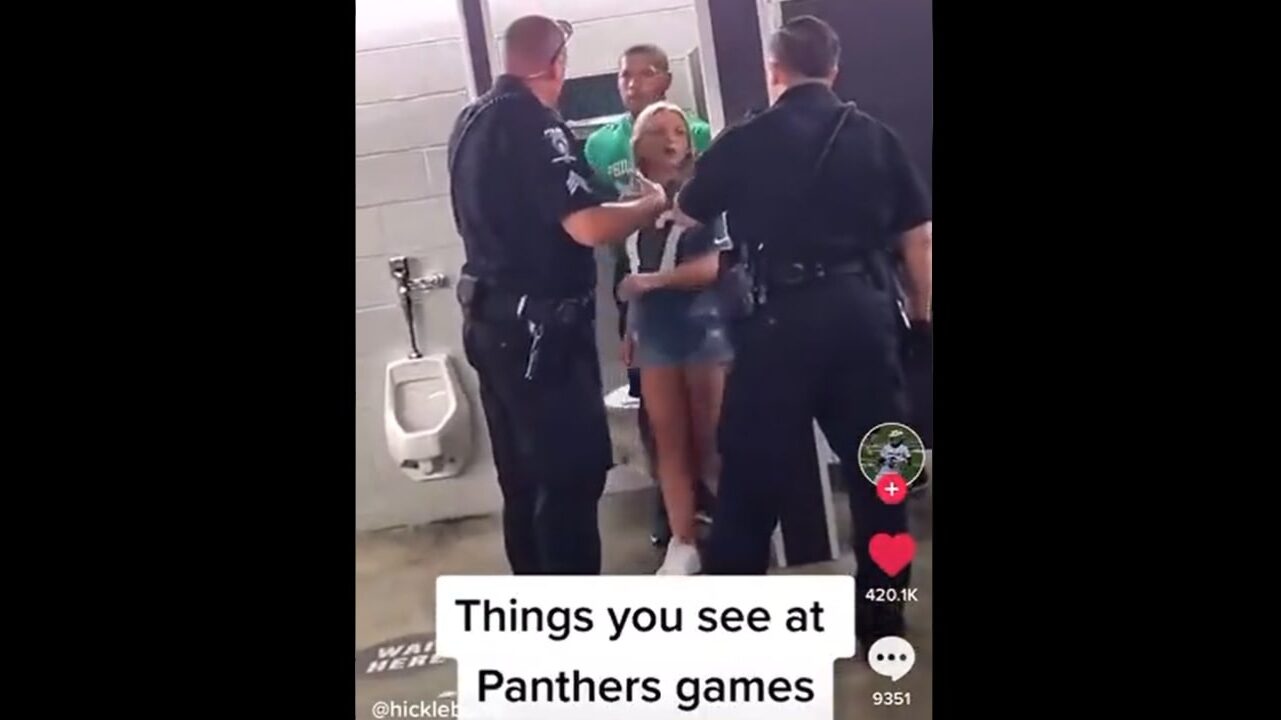 If you’re sick of watching people get arrested for fighting at sporting events, two Philadelphia Eagles fans were reprimanded for attempting a different, more pleasurable act.

During Sunday’s Eagles-Panthers game at Carolina’s Bank of America Stadium, a crowd surrounded one stall in the men’s bathroom after fans noticed four feet under one door. While some people experiment with handcuffs during sex, two Eagles fans who ignored North Carolina’s public bathroom laws were cuffed after the act.

While a growing group stood outside the stall door with their phones out, two police officers entered the room to break up the action. After knocking on the stall door, the couple emerged fully clothed and the male counterpart was quickly handcuffed. It has not been reported if the woman was also arrested or what the charges were.

Bro was getting the sloppy jalopy and got arrested for it. Free my mans

A footnote to their lewd story is that the Eagles beat Carolina 21-18, but a gratifying football victory doesn’t appear to be enough excitement for all Philly fans.