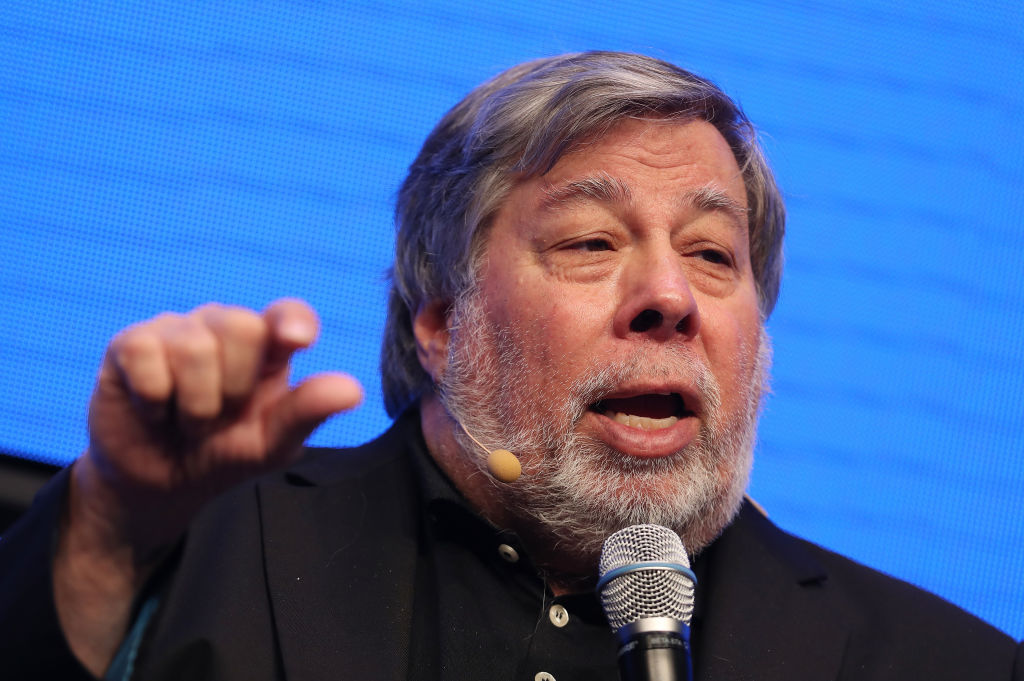 Apple co-founder Steve Wozniak has had enough of a scam that’s been using his name and likeness — along with other tech leaders like Microsoft founder Bill Gates, Dell founder Michael Dell, and Tesla and SpaceX CEO Elon Musk — to trick YouTube viewers into sending in Bitcoin or other cryptocurrency payments, filing a lawsuit against YouTube and parent company Google on Wednesday, along with seventeen other co-plaintiffs who lost money in the scam.

The lawsuit, filed in the Superior Court for San Mateo County, California (the location for YouTube’s headquarters), alleges that YouTube “has been unapologetically hosting, promoting, and directly profiting from…a steady stream of scam videos and promotions that falsely use images and videos of [Wozniak] and other famous tech entrepreneurs, and that have defrauded [YouTube] users out of millions of dollars.”

Wozniak’s history as a co-founder of one of the world’s leading tech companies and beloved reputation within the tech and philanthropic worlds gives his name and likeness “significant value,” the complaint argues, “a unique and compelling personal brand that is highly sought-after and of tremendous commercial value.”

The complaint includes images of several of these scam videos, showing images of Wozniak, Gates, Musk, Dell and others claiming to be operating a “Bitcoin Giveaway” or “BTC Giveaway,” in which users who sent in Bitcoin payments would receive their money back doubled.

The scam is very similar to the one that rocked Twitter last week, in which hackers seized control of several high profile accounts — including Gates, Musk, Joe Biden, Barack Obama, and Kanye West — in order to post a scam Bitcoin offer.

As Wozniak’s lawsuit notes, Twitter “acted swiftly and decisively” to shut down accounts affected by the scam and issued a public apology.

In contrast, Wozniak argues, YouTube has allowed this Bitcoin scam to exist for months, and failed to crack down on the scammers’ efforts to use YouTube’s own functions to “appear legitimate,” including falsely making it look like the videos were live, and had a substantial number of “likes” and views.

Wozniak additionally complains about YouTube making profits from running paid advertisements on the scam videos, and for “knowingly and willingly selling those same fraudsters targeted advertising that drive additional [YouTube] users to the fraudulent promotions and videos, thereby further fueling the scam and keeping the money flowing.”

The complaint seeks to preemptively knock down a key anticipated defense for YouTube and Google: 47 U.S.C. § 230, the federal law commonly referred to as “Section 230,” which provides immunity for platforms that publish content by third-party users.

Recognizing the “vital and important role” that Section 230 plays “in ensuring free and open expression and debate on the Internet with a minimum of government regulation,” the complaint differentiates this situation as criminal activity rather than free speech.

“Unlike the vast majority of content on the Internet,” says the complaint, “the promotions at issue here are blatant criminal conduct that is not even arguably protected by the First Amendment. These videos are criminally fraudulent financial enterprises, pure and simple. They must stop.”

The other seventeen plaintiffs are from a variety of countries, including the United States, Canada, China, Japan, Germany, and the United Kingdom. The dollar value of one Bitcoin varies — at the time this article is being written, one Bitcoin is worth about $9,600 — but several of the plaintiffs lost thousands of dollars worth of Bitcoin in the scam. Two of them lost tens of thousands of dollars.

The complaint demands that YouTube take down the scam videos, take proactive steps to warn YouTube users of the risk of this type of scam, not promote Bitcoin scam videos or allow them to buy targeted ads, prevent videos from falsely claiming they are live or have more viewers and likes than they actually have, give up advertising revenues from the scam videos, pay damages to the plaintiffs, and pay their attorneys’ fees and costs.

The San Francisco Chronicle reported on YouTube’s response, noting the company’s claims that they provide users with tools to report both individual videos and channels for suspicious content or impersonations. According to YouTube, they terminated more than 1.7 million accounts and took down more than 2.2 million videos in the first quarter of 2019 for violating its terms of service.

“We take abuse of our platform seriously, and take action quickly when we detect violations of our policies, such as scams or impersonation,” said a YouTube spokesperson in a statement to the Chronicle.

Wozniak and his 17 co-plaintiffs are not the first to sue YouTube over cryptocurrency scams. As Coindesk reported, Ripple Labs and CEO Brad Garlinghouse sued YouTube in April over claims the video platform was failing to adequately prevent scams involving the XRP cryptocurrency.

Wozniak’s lawsuit, as uploaded by Coindesk: