George Soros Calls for Removal of Mark Zuckerberg from FB

George Soros Attacks Mark Zuckerberg for ‘Mutual Assistance Arrangement’ to Get Trump Re-Elected: He Should ‘Be Removed’ 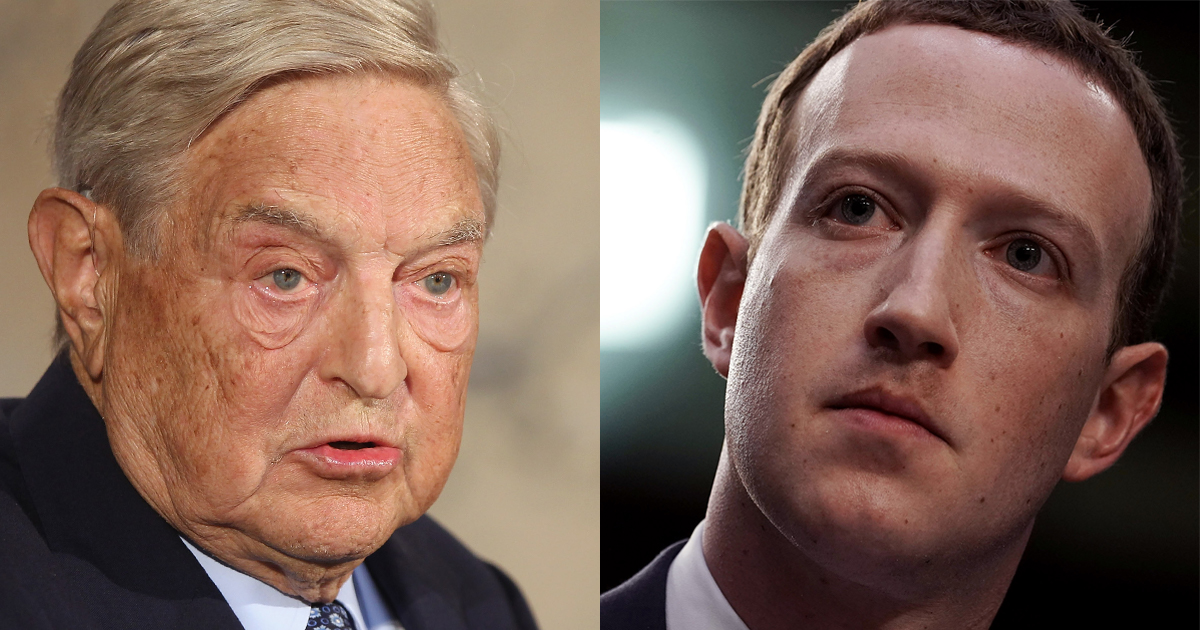 Billionaire and liberal progressive mega-donor George Soros blasted Facebook founder and CEO Mark Zuckerberg, in a letter to the Financial Times this week, and called for the forcible ouster of the company’s leadership.

He also suggested a quid pro with Donald Trump.

“Mr Zuckerberg appears to be engaged in some kind of mutual assistance arrangement with Donald Trump that will help him to get re-elected,” wrote Soros.

The letter was prompted by an op-ed the Financial Times ran the same day from Zuckerberg, in which the CEO called for more government regulation of his own industry and company.

“The internet is a powerful force for social and economic empowerment,” Zuckerberg wrote. “Regulation that protects people and supports innovation can ensure it stays that way.”

The op-ed comes amid the latest of an almost endless string of clashes between the social media giant and the political world. On Friday, Facebook announced it will allow political campaigns to essentially utilize the power of “influencers” for sponsored content, as long as it is in accordance with existing Facebook policy. The announcement followed the revelation that the Bloomberg campaign had been doing exactly that.

In response to Zuckerberg’s op-ed, the Financial Times published the letter from Soros, which posited a quid pro quo between Facebook and the Trump campaign, and called for removing both Zuckerberg and COO Sheryl Sandberg “from control of Facebook.”

After saying that Zuckerberg’s op-ed is “obfuscating” the facts, Soros made the connection to Trump.

Mr Zuckerberg appears to be engaged in some kind of mutual assistance arrangement with Donald Trump that will help him to get re-elected. Facebook does not need to wait for government regulations to stop accepting any political advertising in 2020 until after the elections on November 4. If there is any doubt whether an ad is political, it should err on the side of caution and refuse to publish. It is unlikely that Facebook will follow this course.

Therefore, I repeat my proposal, Mark Zuckerberg and Sheryl Sandberg should be removed from control of Facebook. (It goes without saying that I support government regulation of social media platforms.)

Zuckerberg has not posted a response to that letter.