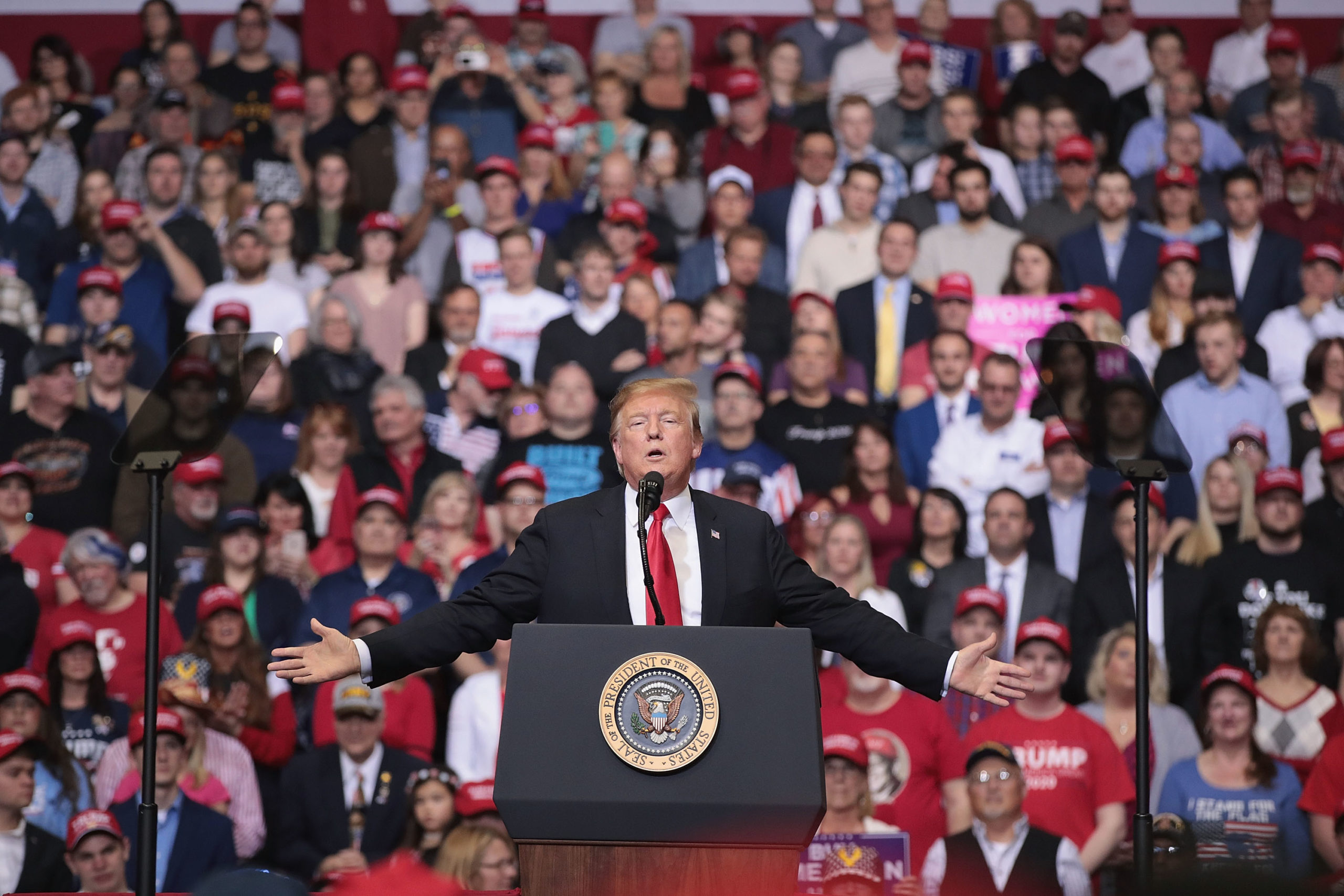 President Donald Trump’s 2020 re-election campaign launched a new app Thursday that will serve to connect the president’s re-election efforts with voters across the country.

The app encourages supporters to share news created by the campaign (similar to press releases) on Facebook and Twitter by awarding points in exchange for rewards. Sharing campaign news earns 1 point, while sharing the app itself earns 100 points.

Users only receive a point if they share specific press release-like posts placed on the app by the campaign. They do not receive a point by sharing a random story from The New York Times, for instance.

The prizes, which are awarded on the app after accumulating points, include a picture with Trump (100,000 points) to “expedited entry to skip the line” at rallies (28,000 points).

Trump Victory has changed $15k for a photo with POTUS at events https://t.co/Wr6YEQjgDi pic.twitter.com/E1x9HlEh7L

Trump 2020 campaign manager Brad Parscale tweeted the app will let users “forget the #FakeNews media, get the facts straight from @realDonaldTrump,” adding Thursday that the platform will allow users to “get involved, volunteer & earn points toward exclusive prizes.”

Forget the #FakeNews media, get the facts straight from @realDonaldTrump.

The Trump 2020 app currently is categorized under the “news” section of the Apple App Store – and not “social networking” like his 2020 Democratic rival Joe Biden’s application:

An Apple App Store spokesperson didn’t immediately respond to a request for comment from Mediaite.