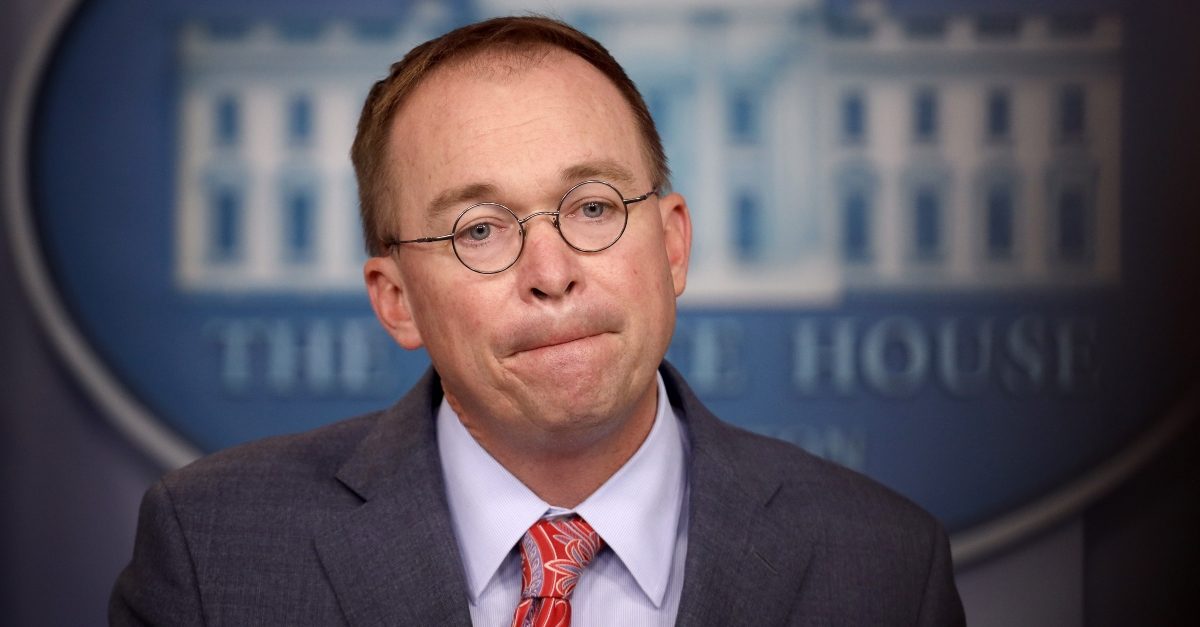 A review from the White House shows Mick Mulvaney’s office was trying to create justifications for the hold on Ukraine aid after it was ordered, according to a new report.

The Washington Post reported Sunday that a confidential review from White House’s Counsel Office triggered by the impeachment inquiry “turned up hundreds of documents that reveal extensive efforts to generate an after-the-fact justification” for President Donald Trump’s decision to hold up congressionally-approved aid to Ukraine.

The hold on aid is central to the inquiry as to whether Trump held up aid to force Ukraine to investigate his political opponents.

“The research by the White House Counsel’s Office, which was triggered by a congressional impeachment inquiry announced in September, includes early August email exchanges between acting chief of staff Mick Mulvaney and White House budget officials seeking to provide an explanation for withholding the funds after President Trump had already ordered a hold in mid-July on the nearly $400 million in security assistance, according to the three people familiar with the matter who spoke on the condition of anonymity to discuss internal White House deliberations.

One person briefed on the records examination said White House lawyers are expressing concern that the review has turned up some unflattering exchanges and facts that could at a minimum embarrass the president. It’s unclear if the Mulvaney discussions or other records pose any legal problems for Trump in the impeachment inquiry, but some fear they could pose political problems if revealed publicly.”

The office of White House Counsel Pat Cipollone oversaw the records review but the office did not respond to requests for comment. Mulvaney’s lawyer also declined to comment to the Washington Post.