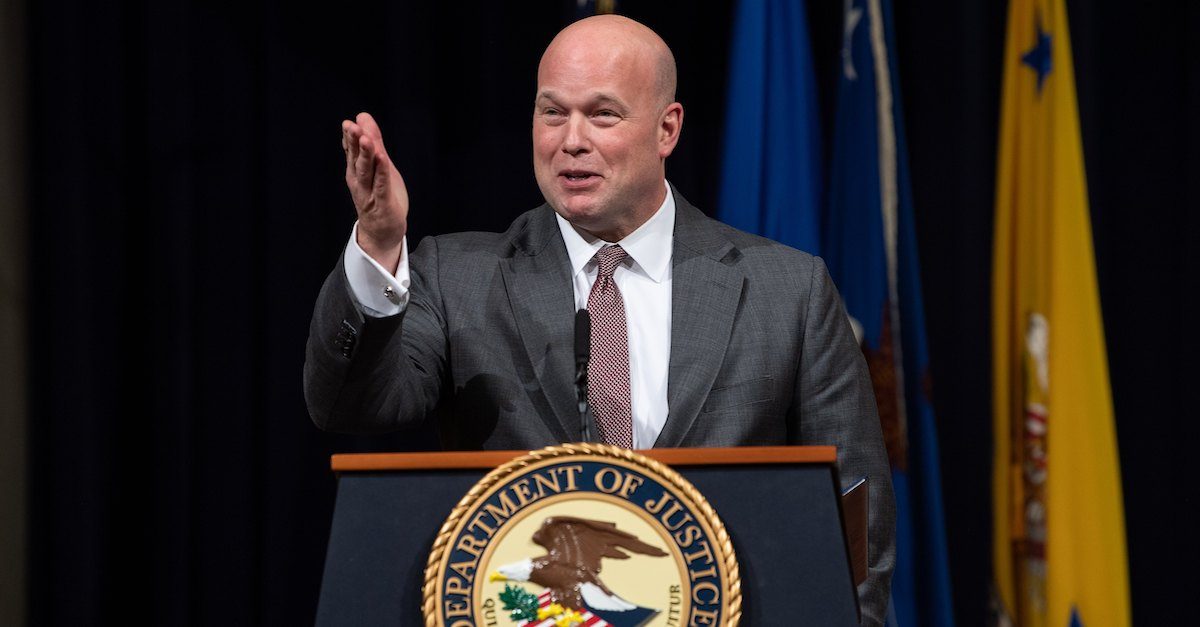 The unprovoked sharing of praise of the commander-in-chief evoked a Cabinet meeting from July 2017 when nearly all Secretaries in attendance took turns thanking/fawning over President Trump.

Cable news only showcased the media Q&A portion of the epic hour-plus press spray, but Vox reporter Aaron Rupar uploaded this portion from CSPAN to his Twitter feed:

Acting AG Whitaker kisses up to Trump for staying in DC over holidays: “Sir, Mr President, I will start by highlighting the fact you stayed in DC over the holidays, giving up Christmas w/your family, New Year’s w/your family… you have demonstrated your dedication to delivering” pic.twitter.com/9Lo2pMocgN

Whitaker’s praise was followed by Secretary of Energy Rick Perry thanking Trump for his hardline stance on immigration, saying “You’re standing up and saying don’t come.” That was followed by Vice President Mike Pence’s “I want to thank you for the strong stand you have taken on border security.”

Apparently Rick Perry took his turn to praise Trump too.

On immigration: “You’re standing up and saying don’t come.”

And now Pence’s turn to kiss the ring:

“I want to thank you for the strong stand you have taken on border
security.”

Whittaker term as Acting Attorney General will last until Trump’s AG nominee William Barr earns congressional approval, or if not, someone else is nominated as a replacement.

The meeting was Trump’s first of the new year and featured seven of the 21 Cabinet positions currently filled by someone in an “acting” capacity.