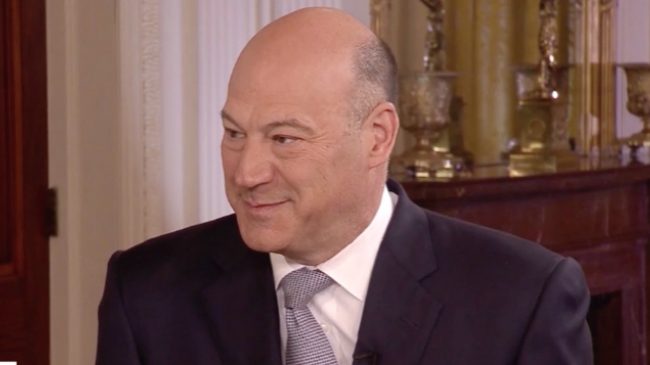 Gary Cohn, chief economic adviser to President Donald Trump, is expected to resign in the coming weeks, according to the New York Times.

There were rumors this week that if Trump made good on his threats to impose tariffs on imports of steel and aluminum — a move Cohn strongly opposed and publicly fought against — he would resign from his post as the head of the National Economic Council.

Officials told the Times however that “there was no single factor behind the departure of Mr. Cohn.”

“Gary has been my chief economic adviser and did a superb job in driving our agenda, helping to deliver historic tax cuts and reforms and unleashing the American economy once again,” Trump said in a statement to the Times. “He is a rare talent, and I thank him for his dedicated service to the American people.”

The ousting of Cohn comes after a series of high profile exits from the White House, which in recent months including the departure of communications director Hope Hicks and senior aide Rob Porter.

Reports on West Wing chaos even prompted Trump to take to Twitter to reassure everyone that things are all running smoothly — a sentiment he reiterated in a strange digression during his joint presser with the Swedish PM on Tuesday, hours before the announcement of Cohn’s resignation.

The new Fake News narrative is that there is CHAOS in the White House. Wrong! People will always come & go, and I want strong dialogue before making a final decision. I still have some people that I want to change (always seeking perfection). There is no Chaos, only great Energy!