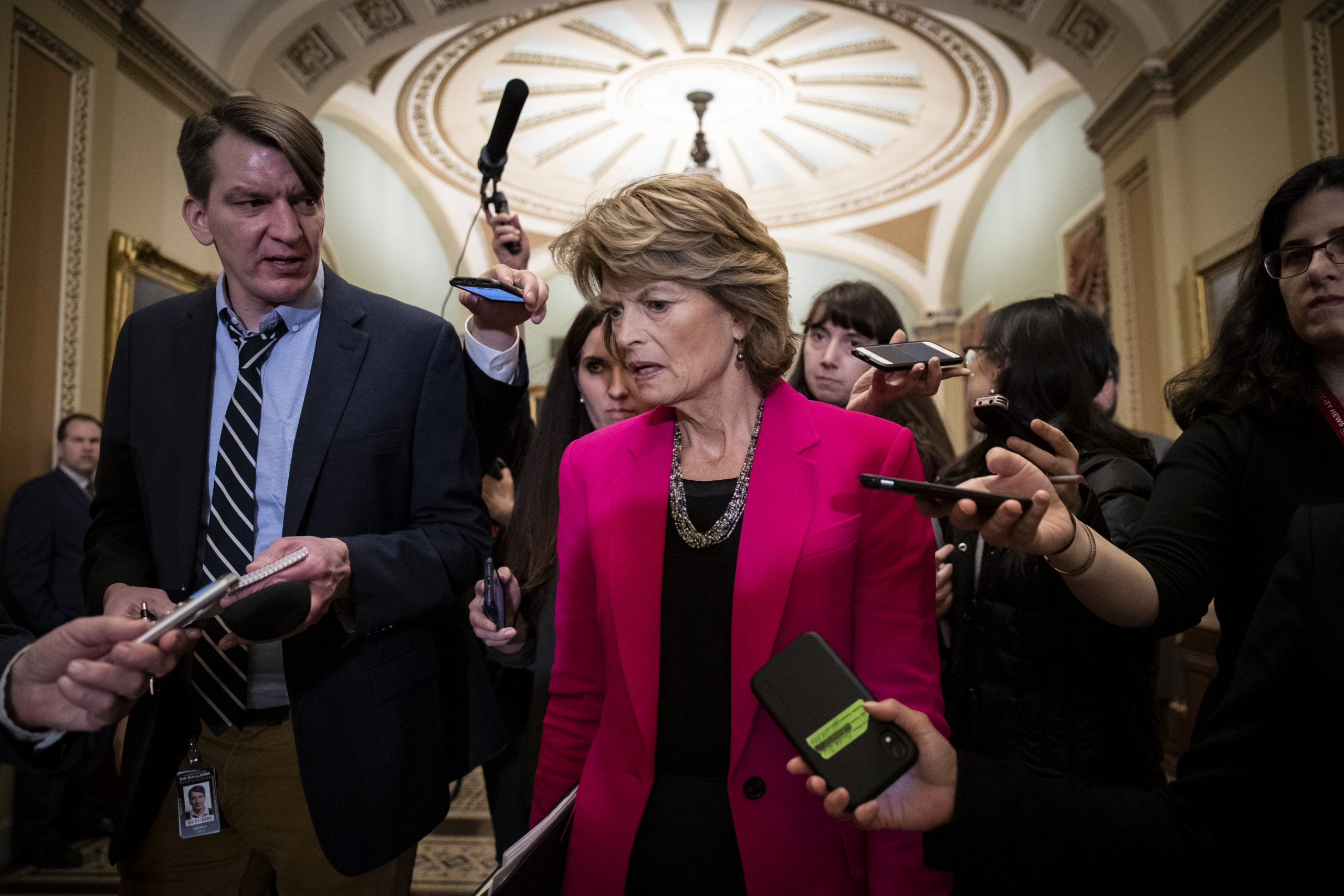 All eyes were on Sen. Lisa Murkowski (R-AL) on Friday. The Alaska Republican was the last undecided senator on whether to call witnesses in the impeachment trial of President Donald Trump.

She said late Thursday she would spend time deliberating. While Republican colleagues Mitt Romney and Susan Collins expressed their support for calling witnesses to the trial, Lamar Alexander, a crucial vote, announced Thursday night his decision to oppose witnesses.

On Friday, moments as the Senate debate came back into session, Murkowski announced her decision to vote against calling witnesses.

“I have come to the conclusion that there will be no fair trial in the Senate,” she wrote. “I don’t believe the continuation of this process will change anything. It is sad for me to admit that, as an institution, the Congress has failed.”

Sen @lisamurkowski statement on why she is a NO vote on calling witnesses: pic.twitter.com/ES4sNz9nZE

The statement also includes, notably, a subtle swipe at Sen. Elizabeth Warren (D-MA) for her question invoking Supreme Court Justice John Roberts: “It has also become clear some of my colleagues intend to further politicize this process, and drag the Supreme Court into the fray.”

Murkowski’s vote all but ensures the swift end of Trump’s impeachment trial. This could all be done with by tomorrow, folks.