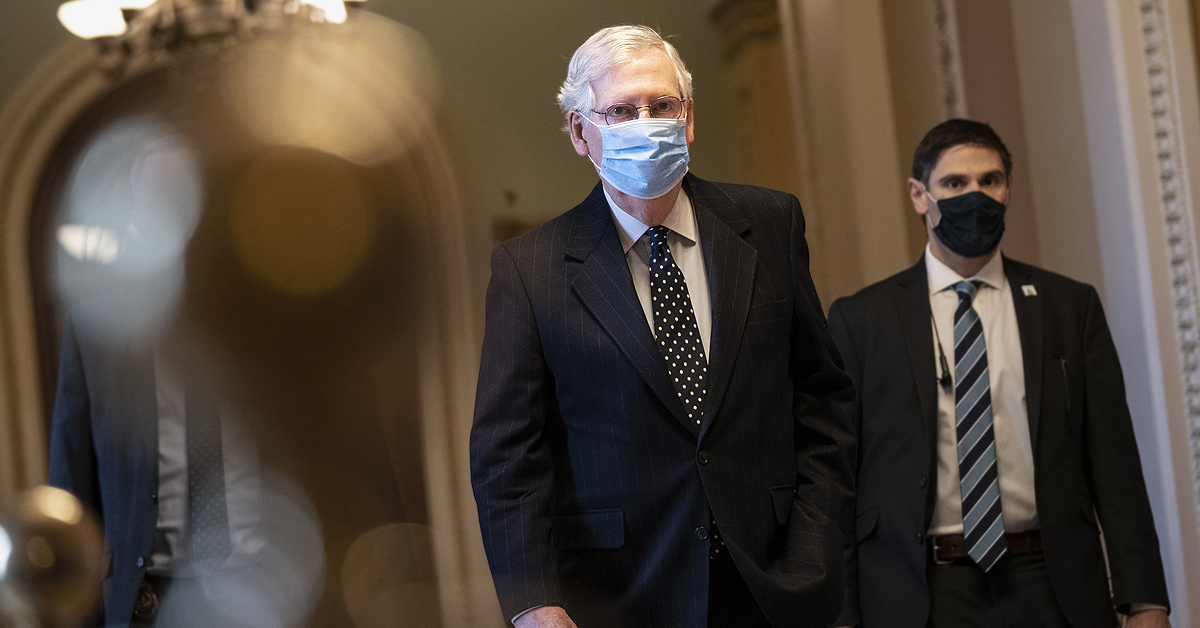 According to CBS News citing a person close to the majority leader, McConnell supports the impeachment — but will not speak publicly until the House delivers the article to the Senate.

McConnell’s reasoning, as reported by the Times, is that he believes impeachment will serve to excise Trump from the Republican party.

“[McConnell] has told associates he believes President Trump committed impeachable offenses and that he is pleased that Democrats are moving to impeach him, believing that it will make it easier to purge him from the party, according to people familiar with his thinking,” the Times reported Tuesday.

Numerous GOP Senators including Sens. Lisa Murkowski (R-AK), Ben Sasse (R-NE) and Mitt Romney (R-UT) are thought to be logical candidates to vote to convict Trump. But McConnell signaling he will do the same paves the way for a flood of other Republicans to follow suit — making a Senate conviction, which would require a two-thirds vote, a distinct possibility.

UPDATE: McConnell sent out a statement Wednesday afternoon saying he has not made a “final decision” on conviction.

“While the press has been full of speculation, I have not made a final decision on how I will vote and I intend to listen to the legal arguments when they are presented to the Senate.”