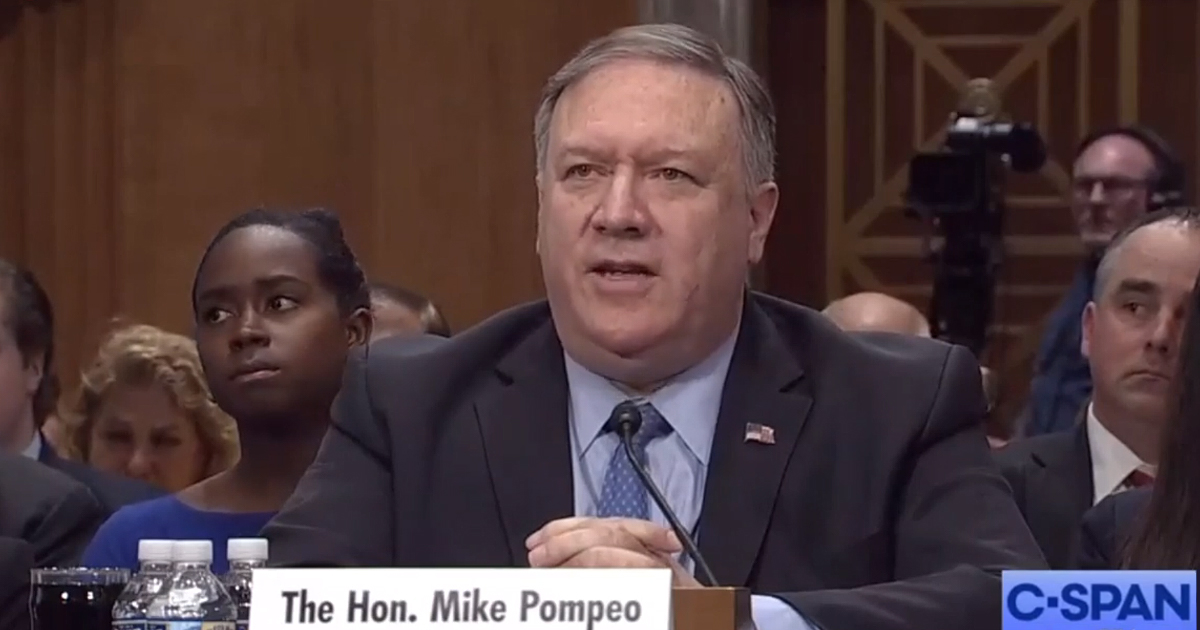 Secretary of State Mike Pompeo reportedly went to Iraq after abruptly cancelling a trip to Germany that included a meeting with Chancellor Angela Merkel.

Several hours after the secretary of state cancelled on the Berlin meeting — sending news outlets into a frenzy of speculation over his whereabouts — AFP reported Tuesday afternoon that an Iraqi government source said he has made an unannounced visit to Baghdad.

According to the Associated Press, Pompeo made the trip “to show U.S. support for the Iraqi government as Washington steps up warnings to Iran against any action against American interests in the Middle East.”

The State Department had previously said the visit to Germany was cancelled “due to more pressing issues,” and the press traveling with Pompeo were not told where they were rerouting to.

No specific reason was given for the cancellation. The press pool traveling with Pompeo has not been told where they are going next, and have been warned they may not be able to report from the country they are going to until after their departure.

The sudden schedule change comes two days after the Pentagon deployed a carrier and a bomber task force to the Middle East, in response to “specific and credible” intelligence that suggested Iranian forces and proxies were planning to target US forces in Syria, Iraq and at sea.