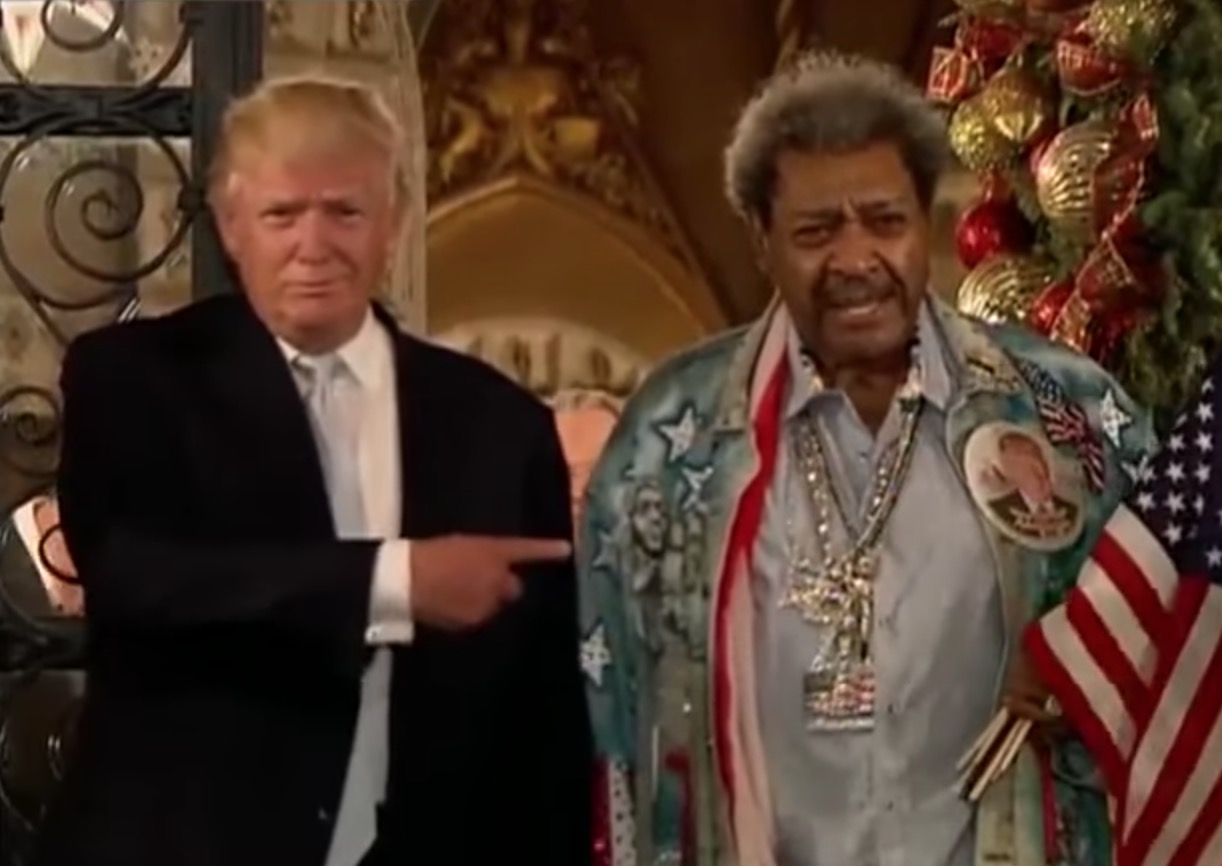 Controversial boxing promoter Don King dined with President Donald Trump at his Mar-a-Lago resort on Thursday, according to a Washington Post report.

“It’s just utterly ridiculous,” King told the Post he said to Trump on Thursday night, as the president nodded.

King, an eccentric and famed boxing promoter known for a number of historic fights, including the “The Rumble in the Jungle” and the “Thrilla in Manila,” also has a sketchy past: he once stomped an employee to death, and shot another man to death who was robbing his gambling house. Mike Tyson once said of King: “he’s a wretched, slimy, reptilian motherfucker…he would kill his mother for a dollar.”

But back to Trump: the Post story details Trump’s “defiant” mood, and “hasty decisions” made in spite of the protests of adult-in-the-room John Kelly, White House chief of staff:

Other than Defense Secretary Jim Mattis, the lone remaining enforcer is Kelly. But his power as chief of staff has been diminished. Officials said the days of Kelly hovering in the Oval Office morning to night and screening the president’s calls are over. Trump is largely circumventing Kelly’s strict protocols.