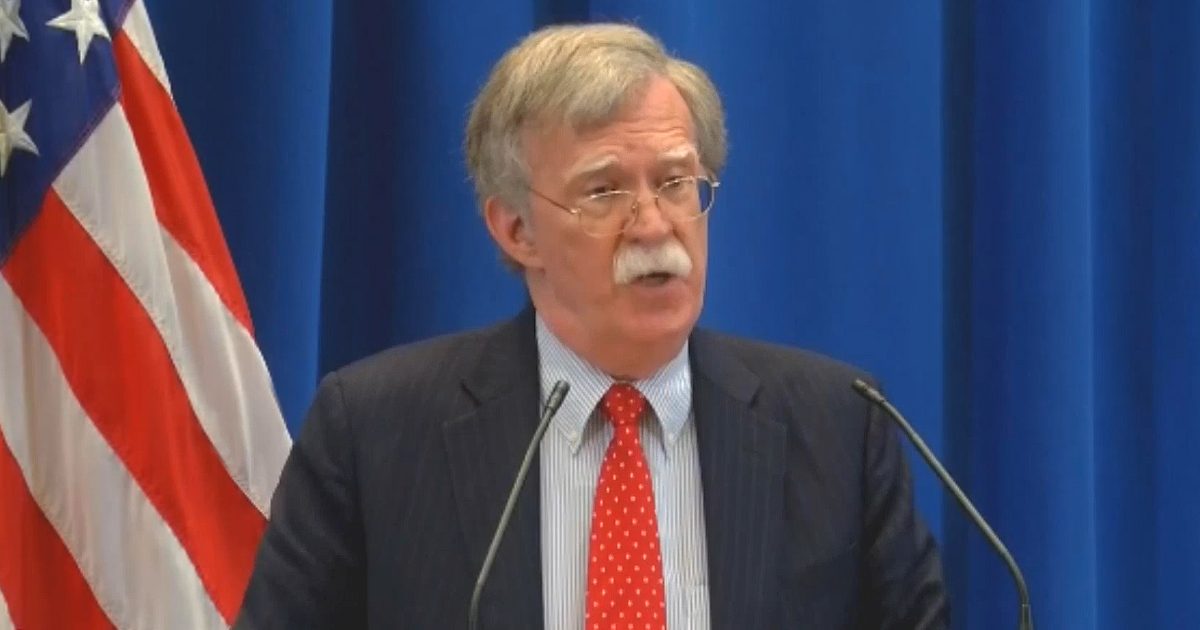 An ex-aide of National Security Advisor John Bolton says that his former boss thinks President Donald Trump is a moron.

Groombridge suggested that Bolton wasn’t convinced Trump has a ‘very good brain,‘ like the president likes to boast.

Instead, Groombridge said this, musing how Bolton keeps checking in at the office: “John is thinking, To the extent I can modify or mollify the President’s actions, I will. He is truly a patriot. But I wonder how he goes into work every day, because deep in his heart he believes the President is a moron.”

That was not the only tidbit that hinted at a stressed relationship in the profile.

Filkins also recounts a very graphic description of the dynamic between POTUS and his NSA advisor made by a diplomat.

For Bolton, the outcome of the summit vindicated a twenty-year argument that the North Korean regime wouldn’t be moved by negotiations. But, even though he was now in the White House, it seemed that the rest of his argument—that America needs to strike immediately—was having little effect. A Western diplomat who knows Bolton told me, “The trouble for Bolton is, Trump does not want war. He does not want to launch military operations. To get the job, Bolton had to cut his balls off and put them on Trump’s desk.”

Unlike former presidents, Trump — painted by those who spoke to Filkins as easily distracted even by a housefly — reportedly only has security briefings a few times a week.

Bolton reportedly likes to keep those briefings short and to the point with bullet points and graphics.

A recent article quoted an embittered former employee whom I haven’t seen or spoken to in several years. He has no knowledge of my thinking. His remarks are contrary to my views, and completely off the mark. The reporter never asked for comment.