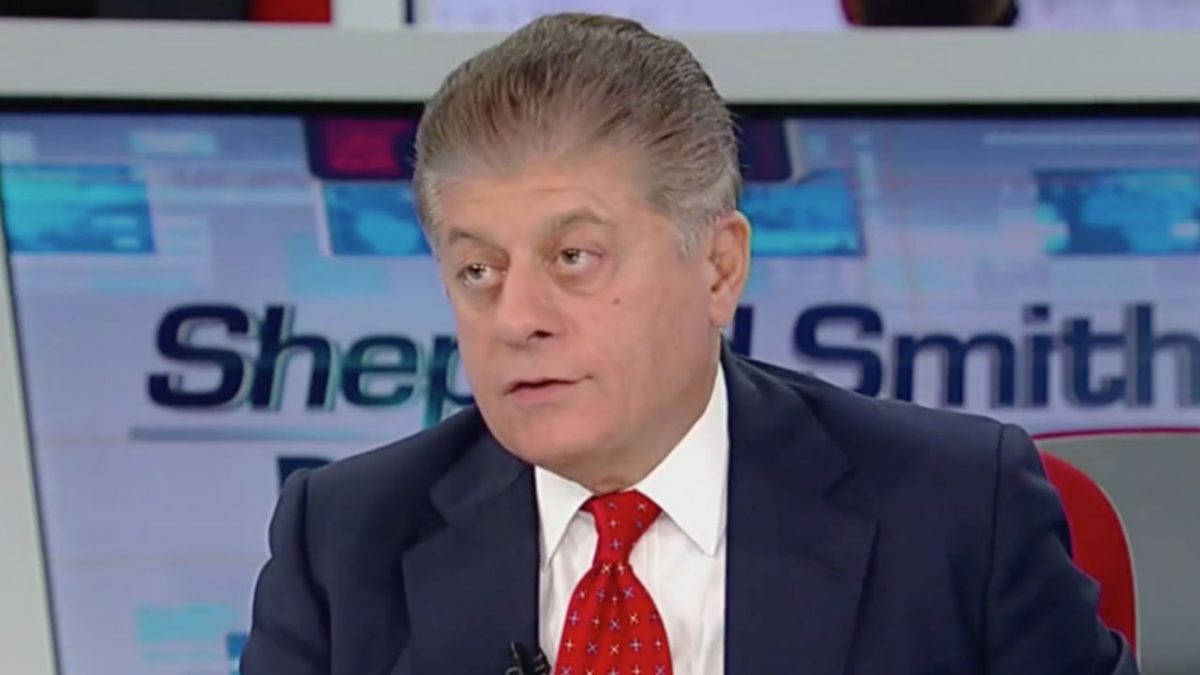 Several Fox Newsers have been critical of President Donald Trump this week over his tweets going after “the Squad.” Geraldo Rivera, who’s generally supportive of Trump, said his tweets were clearly racist and called out Pete Hegseth for trying to defend them. Chris Wallace called out the president Friday for how he reacted to “send her back” after the fact compared to in the moment.

Judge Andrew Napolitano, who’s been very critical of Trump in the past few months, penned an op-ed for FoxNews.com also saying Trump’s tweets were “xenophobic, racist and hateful.”

Between that and Trump’s tweet touting Peter Thiel saying Google should be investigated for treason, Napolitano writes, “Together they revealed a level of misguided thinking not heard from the Oval Office since President Richard Nixon’s tapes were revealed”:

[W]hen Trump attacked the individual members of the Squad based on immutable characteristics — race, gender, place of origin — he succeeded in doing what no Democratic presidential candidate has been able to do thus far. He united the Democratic Party around an issue and against himself.

Politics is not beanbag, but if the great painful lesson of American history has taught us anything, it is that there is no place in our public discourse for racial hatred. The Democrats know this. The president apparently doesn’t.

He goes on to argue that Congress shouldn’t be officially censuring Trump’s comments, even as he again emphasizes how “condemnable” they are.

“We have a president who sounds more like a Mafia don than a statesman and a Congress that wants to pick and choose whose offensive words to condemn,” Napolitano says. “Yet even a condemnation of Trump by the House alone — the Senate seems to work for him — would be legally meaningless and also just words.”

You can read here.