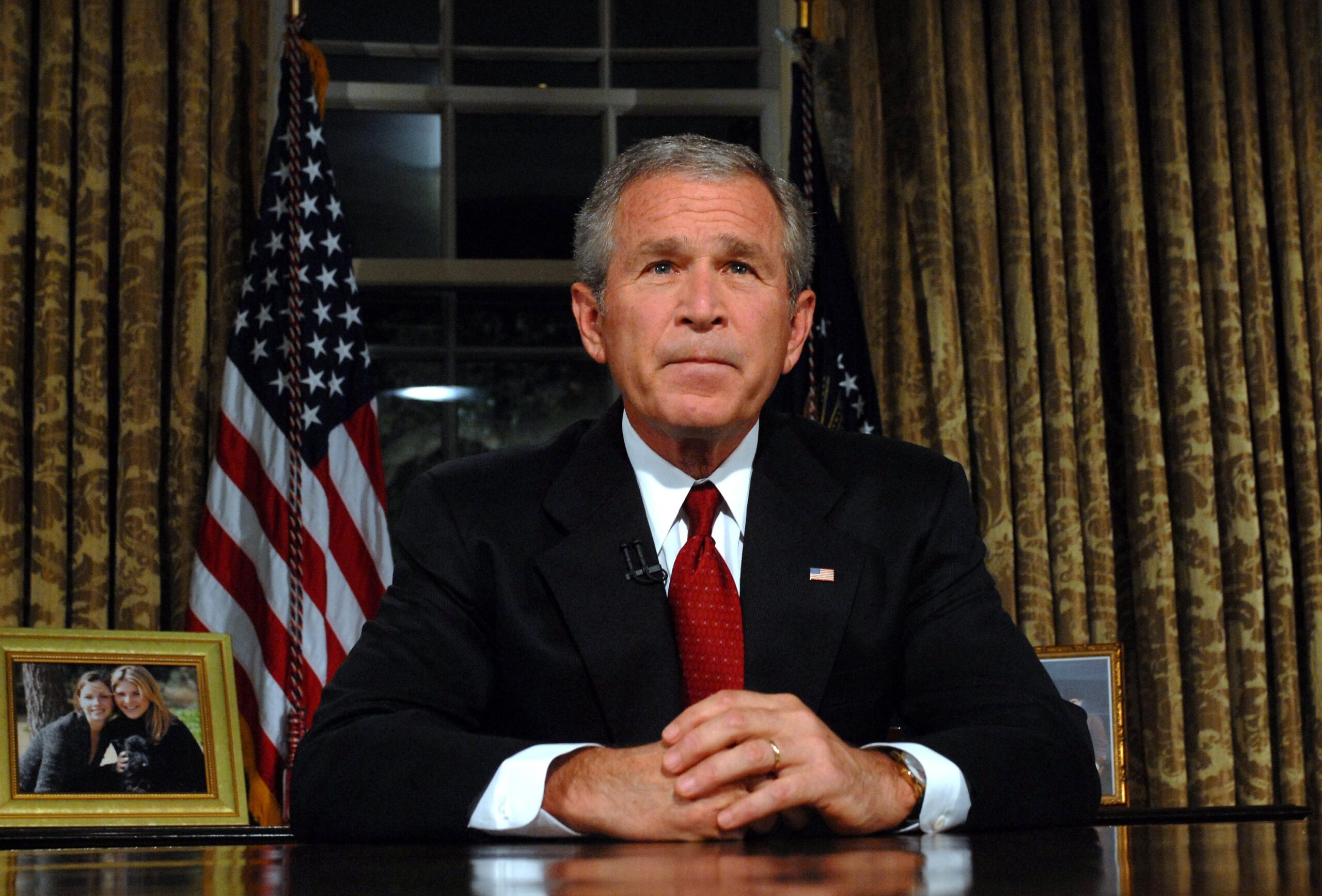 Former President George W. Bush will not back the re-election of President Donald Trump, according to a new report.

The 43rd president is one of several prominent members of the Republican party who will decline to support Trump in the upcoming 2020 election, according to the New York Times — though it remains to be seen if they will back his Democratic opponent, Joe Biden.

Former President George W. Bush won’t support the re-election of Mr. Trump, and Jeb Bush isn’t sure how he’ll vote, say people familiar with their thinking. Senator Mitt Romney of Utah won’t back Mr. Trump and is deliberating whether to again write in his wife, Ann, or cast another ballot this November. And Cindy McCain, the widow of Senator John McCain, is almost certain to support Mr. Biden but is unsure how public to be about it because one of her sons is eying a run for office.

Here’s another interesting bit of reporting:

Indeed, one Republican senator, who is publicly supporting the president, said in an interview that he might prefer a Biden victory if the G.O.P. managed to preserve its Senate majority. This lawmaker, like a number of Republicans, is uneasy with Mr. Trump’s behavior and weary from the near-weekly barrage of questions from reporters about the latest presidential eruption.

None of those Republicans voted for Trump in 2016, the Times notes. President Trump recently bashed Bush for his comments on the coronavirus crisis, demanding to know why he wasn’t more supportive during the impeachment trial.

“Oh bye [sic] the way, I appreciate the message from former President Bush, but where was he during Impeachment calling for putting partisanship aside,” Trump wrote on Twitter. “He was nowhere to be found in speaking up against the greatest Hoax in American history!”

Though Bush has not spoken out publicly against Trump, those close to him have told reporters the former president is no fan of his Republican successor.

“He’s obviously not a fan,” Mark Updegrove, LBJ Foundation president told Statesman recently. “He told me in mid-2016 that Trump ‘really doesn’t understand the job of president’ and later that he voted for ‘none of the above.’ But endorsing Biden would be a bridge too far.”