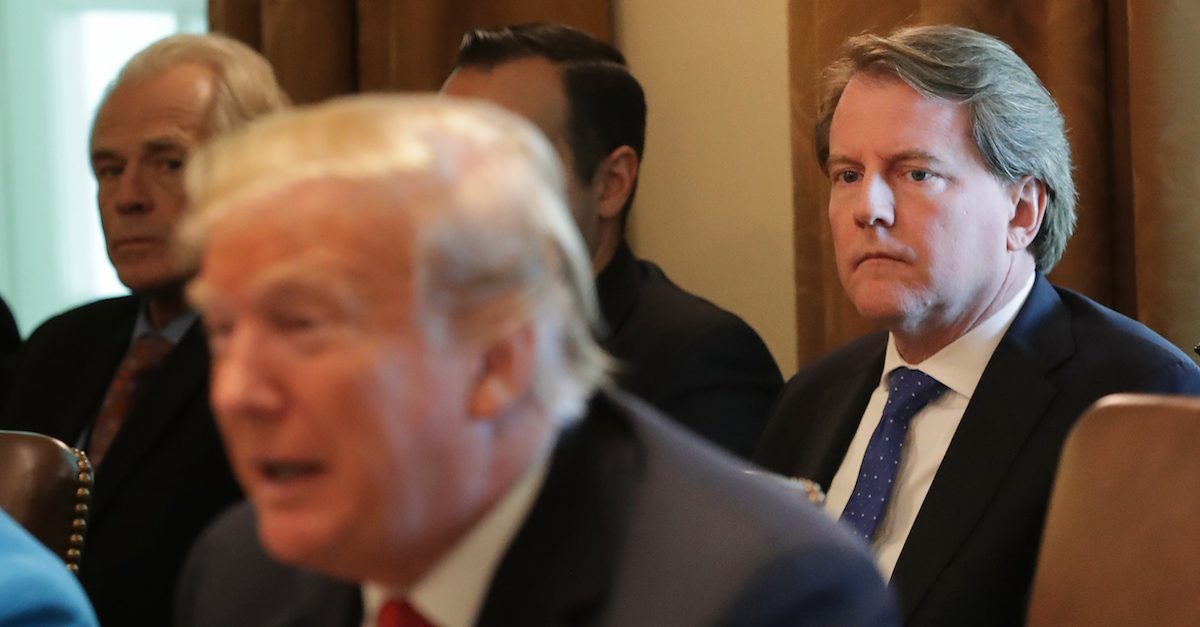 McGahn spoke to the special counsel’s office and the report shows that he refused President Donald Trump‘s order to fire Mueller and threatened to resign.

Nadler also wants McGahn to come before the committee on May 21st.