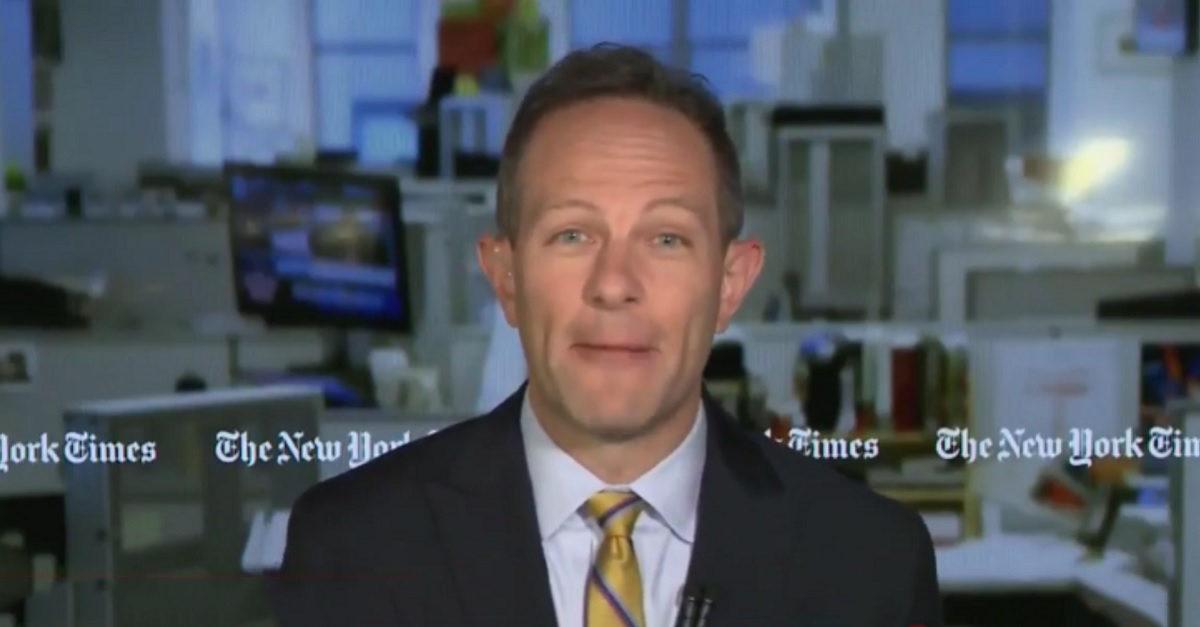 During the impeachment hearing, Castor notably cited an article written by Vogel for Politico in 2017 – holding it as proof that Trump was only interested in corruption when he ordered a hold on Ukraine’s aid and cited other reports from Vogel to back this up.

“CASTOR argued that TRUMP had legitimate national security reasons to be concerned about Ukrainian corruption,” Vogel tweeted. “BUT, as we revealed, Trump’s grudge against Ukraine was deeply personal.”

CASTOR argued that TRUMP had legitimate national security reasons to be concerned about Ukrainian corruption.

BUT, as we revealed, Trump’s grudge against Ukraine was deeply personal.

Vogel went on to say that Castor “misrepresented” reporting about Rudy Giuliani, saying his reporting has suggested that Andriy Yermak, an aide to Ukrainian President Volodymyr Zelensky, was unclear if Giuliani was representing Trump in his meetings with Trump’s lawyer and that Giuliani did push for investigations of Joe Biden’s family.

CASTOR cited our 8/21 story to prove that GIULIANI, in his mtg with YERMAK, did not link the investigations sought by TRUMP to the WH mtg.

BUT we revealed that Giuliani discussed the WH mtg with Yermak, while pushing him to pursue the investigations. https://t.co/UjSbxSlGIw

CASTOR again misrepresented our 8/21 story, suggesting it quoted YERMAK saying GIULIANI was not acting as an official TRUMP representative in their Madrid mtg.

In fact, we paraphrased Yermak saying it was not clear to him whether Rudy was repping Trump. https://t.co/UjSbxSlGIw