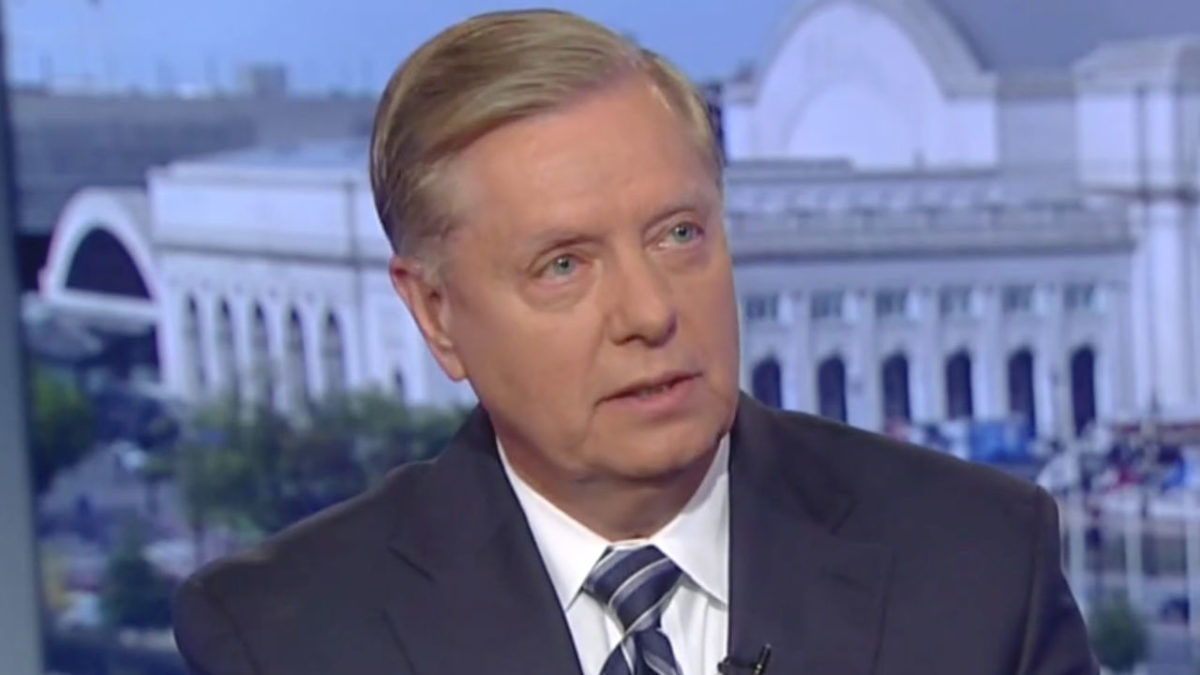 Senator Lindsey Graham has been critical of President Donald Trump on Syria in the past week but also supportive of some steps the president has taken in response, like the announcement of sanctions against Turkey.

Today Trump again defended his withdrawal decision, said the Kurds are “not angels,” and per multiple reports even said Turkey invading Syria is “not our problem”:

“It’s not our problem,” Trump says in Oval Office of Turkey’s invasion into Syria. He adds that the Kurds are “not angels.” Also, he says this: “They’ve got a lot of sand over there…. There’s a lot of sand they can play with.”

Graham was asked about the president’s remarks and was somewhat astonished, per NBC News:

Sen. Graham: “If the president did say that Turkey’s invasion is no concern to us, I find that to be an outstanding — an astonishing statement which I completely and totally reject” – @frankthorp

Sen. Graham on President Trump’s comments this morning; “If you’re not concerned about Turkey going into Syria, why did you sanction Turkey?”

Graham himself took to Twitter to say that if Trump continues making statements like these, “this will be a disaster worse than President Obama’s decision to leave Iraq”:

However, I firmly believe that if President Trump continues to make such statements this will be a disaster worse than President Obama’s decision to leave Iraq.

I worry we will not have allies in the future against radical Islam, ISIS will reemerge, & Iran’s rise in Syria will become a nightmare for Israel.

I fear this is a complete and utter national security disaster in the making and I hope President Trump will adjust his thinking.

The statements by President Trump about Turkey’s invasion being of no concern to us also completely undercut Vice President Pence and Sec. Pompeo’s ability to end the conflict.

Graham wasn’t the only Republican shocked by the president’s remarks:

Romney’s reaction when I told him about this comment: “Oh my goodness gracious, the Kurds are our friends and our allies … abandoning them was a very dark moment in American history.” https://t.co/VcpZspThtS