Lindsey Graham Favors Tariffs He Said Made Him 'Mucho Sad' 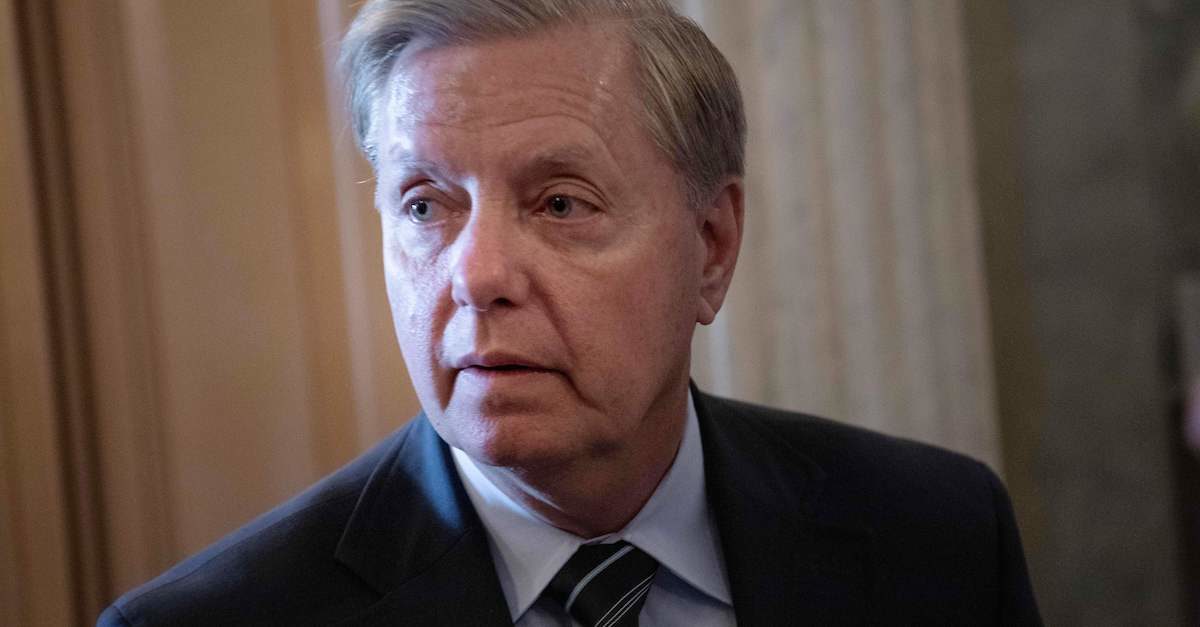 Sen. Lindsey Graham (R-SC) is now apparently in favor of tariffs on Mexico imposed by President Donald Trump over border security, despite saying just two years ago that such tariffs would make him “mucho sad.”

In 2017, Graham tweeted that tariffs on Mexico would hurt the growing American economy.

Border security yes, tariffs no. Mexico is 3rd largest trading partner. Any tariff we can levy they can levy. Huge barrier to econ growth /1

Simply put, any policy proposal which drives up costs of Corona, tequila, or margaritas is a big-time bad idea. Mucho Sad. (2)

“Any policy which drives up costs of Corona, tequila, or margaritas is a big-time bad idea. Mucho said.” Graham said.

Now, Graham appears to be singing a different tune.

I support President Trump’s decision to impose tariffs on Mexico until they up their game to help us with our border disaster.

The illegal flows from Central America must stop and Mexico needs to do more. https://t.co/0LwjGYdN6L

Graham now says he supports Trump’s decision to impose tariffs over border security issues. “I don’t like tariffs but in this case it’s a national security issue,” he said.

If Mexico does not do more we will have over a million illegal immigrants from Central America next year.

I don’t like tariffs but in this case it is a national security issue and Mexico needs to change their behavior.

Trump announced plans to impose a 5% tariff on Mexico on Thursday night. The president then went on explain that he plans to raise the tariffs on the first of each month until October, where they would permanently remain at 25% unless he feels Mexico has put an end to “the Illegal Immigration problem.”

Stocks tanked on Friday due to the surprise announcement, with the Dow dropping over 300 points in the first hours of trading on Wall Street amid fears the plan could send the U.S. into a recession.