Lou Dobbs Mockingly Dismisses Profile on His Relationship With Trump: ‘WaPo Doesn’t Like Me’

Lou Dobbs Mockingly Dismisses Profile on His Relationship With Trump: ‘WaPo Doesn’t Like Me’ 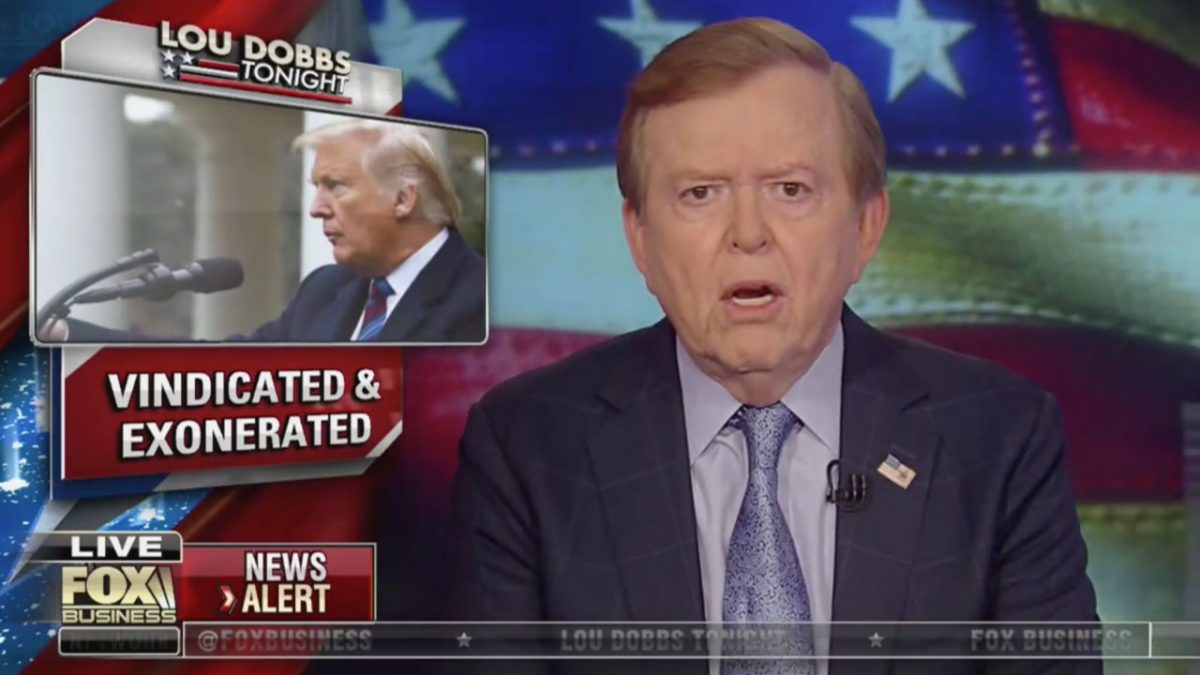 Fox Business’ Lou Dobbs responded to the Washington Post profile on him this afternoon by pleading “guilty” to the “sins” listed.

The Post profile looks at the close relationship between Dobbs and President Donald Trump, how Dobbs’ views on immigration influence Trump, and how POTUS occasionally calls him.

Dobbs did not speak to the Post, but Trump did and he gushed to the paper about how much they respect each other:

“Lou has a very strong opinion on the border, and I do listen to that opinion,” Trump said in a phone interview Tuesday evening from the Oval Office…

“I think he respects what I’m doing, and I respect the job he does,” Trump said. “He really gets the word out. There’s no question about it.”

Dobbs responded to the report with amusement and mockingly saying “WaPo Doesn’t Like Me”: