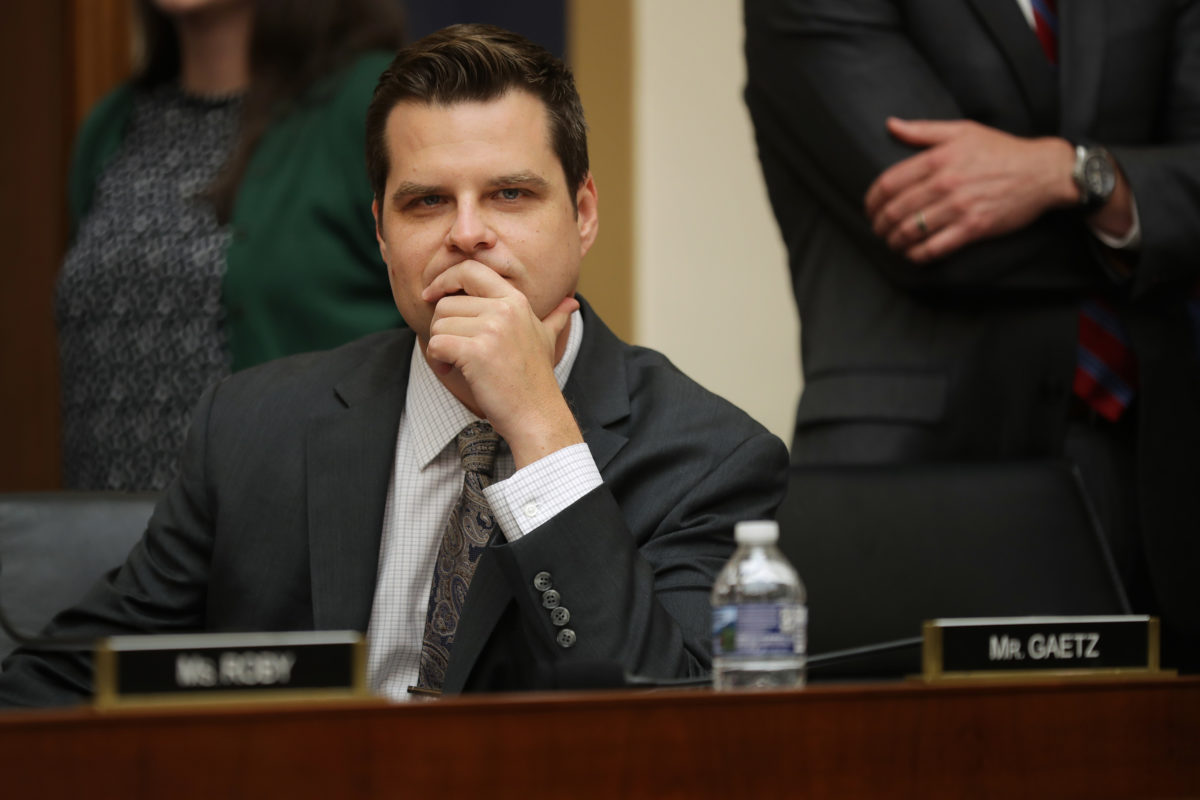 Republican Rep. Matt Gaetz called for a primary of Georgia’s Republican Gov. Brian Kemp because he isn’t planning to appoint a candidate President Donald Trump wanted tapped for the Senate.

Gaetz went after Kemp following a report that said the governor is expected to tap business executive Kelly Loeffler for appointment to Sen. Johnny Isakson’s seat following his retirement at the end of this year. Trump had been pushing for the appointment of Rep. Doug Collins, a staunch ally of the president like Gaetz.

““The establishment” is who @realDonaldTrump helped u beat in the primary when you were down double digits,” Gaetz said, attacking Loeffler because she was a Mitt Romney donor.

“The establishment” is who @realDonaldTrump helped u beat in the primary when you were down double digits.

It’s not the establishment you are screwing with your donor-induced stubbornness.

You are hurting President Trump.

You know this because he told you. https://t.co/rv0DpeChwo

Gov. Kemp, do you have any idea how absurd it is to tweet that your big push-back against the “establishment” is a donor who gave $700k plus to Mitt Romney and nothing to Trump until she wanted in the Senate?

Gaetz also went after members of Kemp’s team for defending the governor, arguing he was not “submissive” to the president. “I’d like your boss not to screw over the President who has been very good to him,” he said.

Submissive? Me?! Turn on a TV.

I defend @realDonaldTrump against the Swamp daily.

I’d like your boss not to screw over the President who has been very good to him.

Since you’re the spox: Is @BrianKempGA confident he can win a primary against a Trump-endorsed candidate? https://t.co/EoaDLKQVU6

You all begged for @realDonaldTrump’s support.

Now, you are directly acting in contravention to his request.

And you think attacking the clothing of the President’s defenders in Congress is your next best play.

You aren’t good at this. https://t.co/GTJyPQq08z

Kemp famously fended off Stacey Abrams to win Georgia’s gubernatorial election in 2018. Gaetz represents the state of Florida and does not live in Georgia.