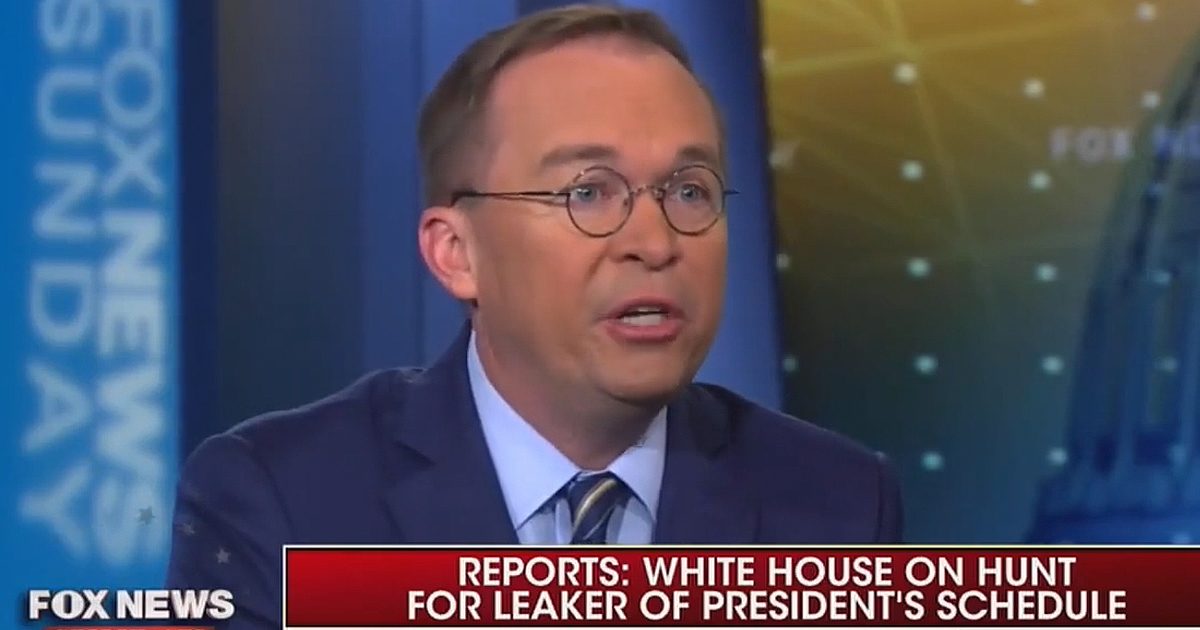 A new report from CNN provides some insight into how acting White House Chief of Staff Mick Mulvaney has changed things up from the John Kelly era.

When he met with Trump before being announced as Kelly’s replacement, CNN reports, Mulvaney pitched himself citing his experience, his loyalty, and how “he had no plans to rein Trump in.”

Mulvaney’s approach has been to avoid “friction” with not just POTUS, but his family (Ivanka Trump and Jared Kushner) as well:

Where Kelly tried to limit their access and influence, Mulvaney has essentially stayed out of their way…

Not only has Mulvaney not interfered with Ivanka and Kushner’s access to the Oval Office, he has allowed them to expand their portfolios.

In recent months, for example, Kushner along with Mulvaney were among the President’s lead negotiators during the government shutdown and have continued talks with Democrats about immigration legislation even after the President escalated his threats to close the southern border with Mexico.

Is Mulvaney’s approach working? Well, it’s not as if Trump himself has changed much, but CNN’s report says that “the infighting and back-biting that characterized the first two years of Trump’s presidency has dissipated.”

However, the downsides noted by critics are that Mulvaney doesn’t keep POTUS more focused and that he’s not “serving as a guardrail against an unpredictable president’s most self-defeating instincts.”